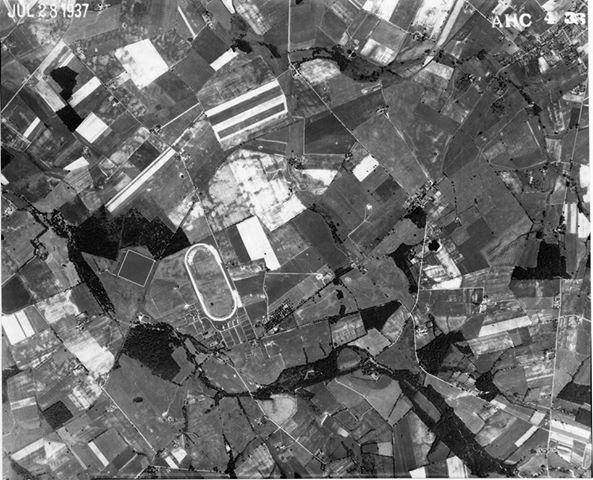 This aerial map, courtesy of Penn Pilot, shows York in 1937. Notice the horse track at the York Fairgrounds at left. York’s Continental Square can be located by tracing the major north/south route (George Street) to where it intersects with the major east/west route, now 462, in the right, center part of the photograph. Background posts: Absorbing photo and overlay shows locations of six Susquehanna bridges, Genealogical society speaker to provide tips for ‘Finding Lydia’s Bottom’ and Map explains York’s $50 million redevelopment area.

A reader provided a heads up on the site Penn Pilot that provides interesting aerial views of Pennsylvania for several years in the 20th century.
Map enthusiasts, prepare to become enthralled as the maps are presented in a format that allows you to zoom in, zoom out and pan… .