Many have seen this York County-area clock tower, but can you immediately locate it? 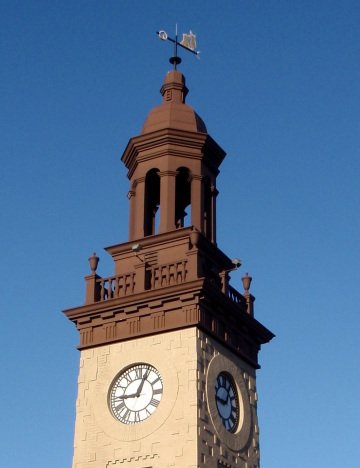 This tower is familiar to many in South Central Pennsylvania. Still, when presented with the question about whether you can locate it, bet it will give many of you pause. (If you are stumped, its location is below.) What is clear is that the photographer is York countian Dianne Bowders, whose well-crafted work often appears in yorktownsquare.com posts. Also of interest: York County’s Maytag fleet. Can you locate where this was taken?

More interesting stuff from all over … .

Dallastown, as we know, is one of the nicest small towns in York County.

So it came as a surprise one day about a month ago when five of ydr.com’s 10 most-viewed stories had links to Dallastown, not all topics the town’s mayor would seek. Bad things, indeed, can happen to good towns … .

Here were the headlines:

The Codorus Street Reunion is a coming together of families, many with Bamberg, S.C., roots. That reunion is taking place this weekend as this ydr.com story indicates: Codorus Street residents trying to preserve history of area.

Info about the clock tower from above: The bell tower looms over the National Watch & Clock Museum, across the Susquehanna from Wrightsville in Columbia. Dianne wrote on ydr.com’s Your Photos site: ‘The Museum entrance is marked by the Memorial Bell Tower, dedicated in 1993.’ 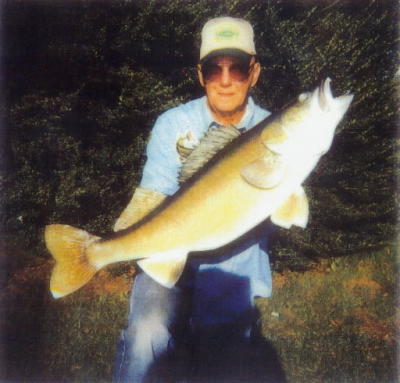 York countian Lee Snyder holds the largest walleye known to be caught in Lake Marburg. It measured 31.5 inches long and weighed 11.5 pounds.The master angler, 76, is teaching fishing and writing about his prowess hooking the big ones. He wrote ‘Monsters of the Abyss’ in 2011 and is hard at work on No. 2.