Manna Pro grain elevator: How its demolition will feed change in York, Pa. 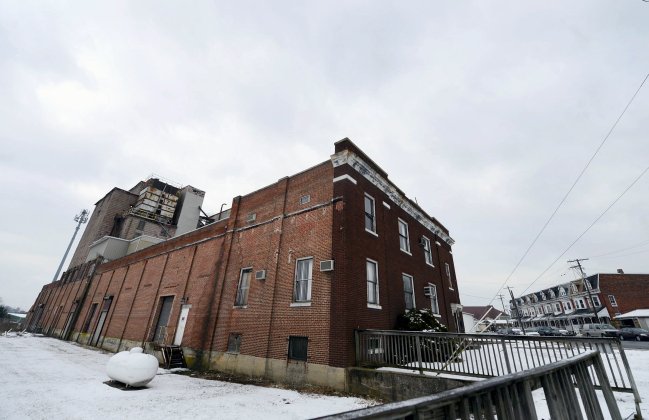 This tall Manna Pro grain elevator has formed part of York, Pa.’s skyline for decades. The city’s Redevelopment Authority is going after state funding to demolish this former agricultural center. One estimate places that job at $500,000. So let’s see what this says about change in York, Pa. A former grain elevator, representing county agriculture, is expendable. The city is looking to use the land for a possible hotel, given its proximity to the York Expo Center, aka the York Fairgrounds. The York County Agricultural Society, sold the land to the Redevelopment Authority. So we have the fair and its board, representative of the agricultural community for 250 years, selling a former agricultural asset to clear way for a hotel. An county agricultural economy, as old as the fair, is giving way to a recreational/tourism economy. The grain elevator  and its planned demolition is a symbol of that change. Not that there’s a bad guy in this case. It’s change, and that often is good and needed. See a second example of change below. Also of interest: Ohio Blenders gives way to Northwest Triangle: Change in York County hidden in plain sight.
+++

Another former red-brick factory gives way to living quarters. The former Martin-Parry and later Keystone Weaving Mills site will soon be apartments. So longtime industrial space is moving into the service sector. Change, again welcome in this case, is happening in plain sight.
+++

Alice Bonner, former staff member of The Gazette and Daily, passed on some thoughts about changes in the relationship between the United States and Cuba.

She commented on Jim Higgins, Gazette and Daily editor, who was an expert on Cuba:

“I’ll bet Jim Higgins is looking down with great glee on all the 2015 U.S.-Cuba news.

“Have you written lately about him and his insistent Cuba support, FBI pursuit, etc.? His vindication would make great reading in Columbia Journalism Review, the New Yorker or some major Op-ed page.

“I never met the man, but Mary Hamilton and Bob Maynard made me know and respect him and I enjoyed your ’08 recap.”

The Gazette and Daily was a forerunner of the York Daily Record.

“A Most Violent Year,” produced by York native @nealdodson will be shown in theaters tomorrow! http://t.co/yH2sJxVnen pic.twitter.com/rSgtathww1 — flipsidepa (@flipsidepa) January 30, 2015

History Mystery: This scene shows change in York County agriculture, too. The barn burned but this farmstead has another purpose today other than agriculture.