Made in York? Oui! York Wallcoverings found in homes worldwide 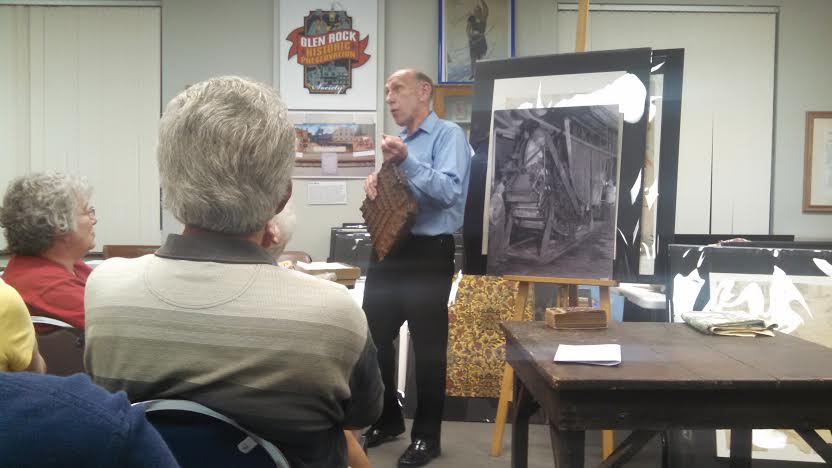 York Wallcoverings’ Ron Redding provided numerous examples changes in wallpaper over time and told the story about the evolution of the wallpaper industry over the centuries at a recent Glen Rock Historic Preservation Society meeting. Here, he shows a photograph of an 100-plus-year-old surface press, as he holds a hand-produced block cut to manually make wallpaper designs. Today, the surface presses remain in use, but many designs are performed digitally. Also of interest:  Also of interest: Keystone Color Works to be brushed up for Artspace?

The York Wallcoverings Designer intrigued a Glen Rock Historic Preservation Society audience with the facts and impressions about wallpaper over the centuries.

Here are six points from the presentation, in which Redding produced numerous samples of how wallpaper design changed over the centuries:

1. An early purpose of wallpaper was to emulate European tapestries and textiles. (This led to an aha moment for me. Tapestries, in addition to their beauty, also provided a layer of insulation against the cold.)

3. Wallpaper designs often were practical. Paper was used to line boxes and trunks, for example. Some paper was designed so as to make insect spots on their surface undetectable.

4. In the mid-1800s, surface printers were first used, transforming the wallpaper industry from hand-based to mechanized. This made wallpaper a commodity, lowered prices and increased its popularity.

5. When newsprint became scarce in the South in the Civil War, printers resorted to publishing on wallpaper. Redding showed a newspaper page from Vicksburg, Miss., printed on the back of a piece of wallpaper. “So the Wallpaper industry was involved in the Civil War,” Redding said.

6. York Wallcoverings goes back to 1895 in York, and its workforce of 362 has never been higher, Redding said. The company is delivering to a growing worldwide market where people “are interested in fixing up their homes.” 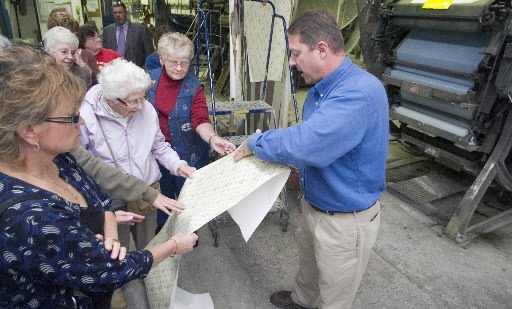 Jim Gray of York Wallcoverings leads a tour of the company’s Linden Avenue building. An 1895-vintage surface press stands in the background, in this York Daily Record file photo. 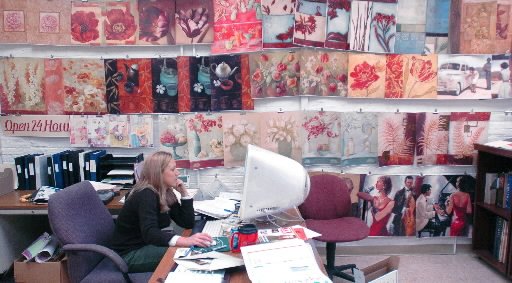 In this 2006 photo, a York Wallcovering employee works in colorful work spaces lined with samples of wallpaper. 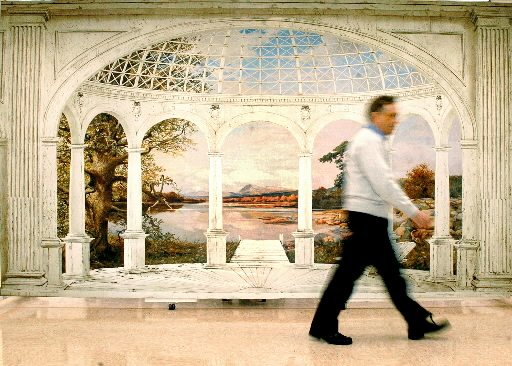 An employee walks past a 9-by-15-foot wall mural that is made of 18-inch-wide panels, in this YDR file photo. 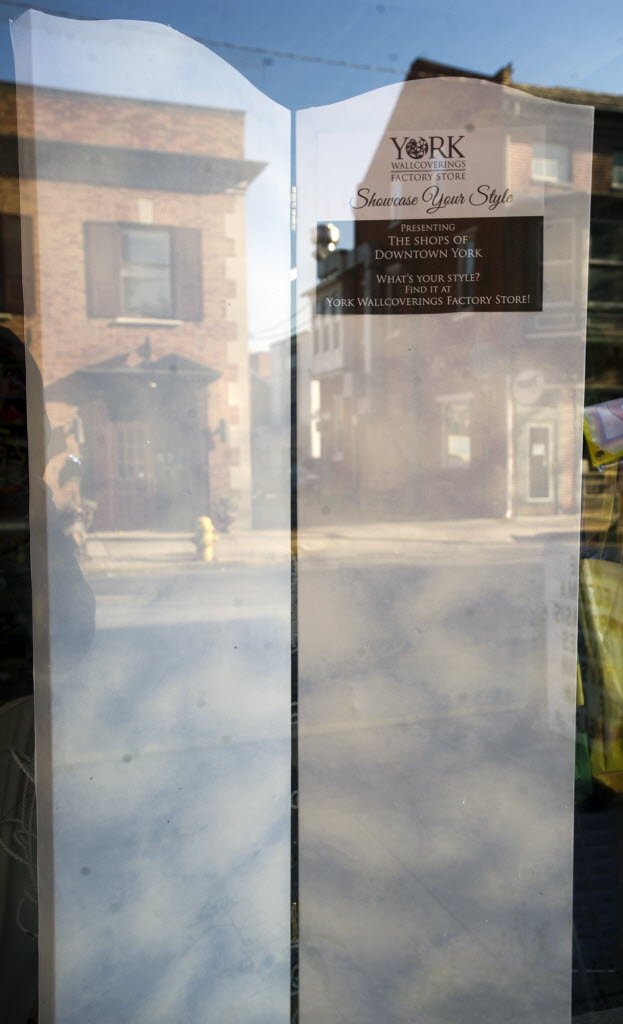 Sunrise Soap Company in the Arts District shows off some of York Wallcoverings artistic offerings in this window display in 2013. This display brought together the growing York Wallcoverings business and York’s burgeoning arts district, a moment in which heavy manufacturing shook hands with the service sector.