Mack’s is short for McDaniel’s, but in York County it means ice cream, Part II 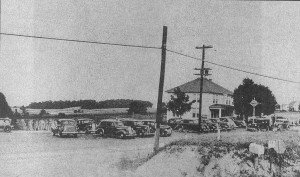 The original Mack’s on Route 74 in York Township is shown circa 1940, five years after it opened. Today, a small pile of rubble marks this spot (see photograph below). The site and the neighboring former Sun Valley Pool site is for sale.  Originally, ice cream was served from Mack’s front porch, according to the book,  “A History of York Township 1753-2003.” Also of interest: Part I: Mack’s is short for McDaniel’s, but in York County it means ice cream and Where does the York Township village of Spry start? And stop? Depends on who you ask.

The original Mack’s, the ice cream parlor that spawned a local chain, is no more.

Empty for months, the landmark in or near Spry (depends on how you define spry) was increasingly the target of vandals and had to come down, according to a ydr.com story. The restaurant moved to a closed Burger King a short distance away.

After it came down, a pile of rubble rose about the height of the house. A nearby miniature golf course was scrapped into the pile including its most noteworthy feature.

“Even the castle was rubble,” Linda Chenoweth Harlow commented on YDR Facebook.

“William C. and Minnie Flinchbaugh McDaniel started Mack’s Ice Cream Parlor in 1935. When the cigar factories began to close in Red Lion, many workers were out of work. The grandfather had a dairy farm and began to make ice cream. Eventually the brother of Minnie, Paul Flinchbaugh, started a business on the Winterstown Road and was then followed by a sister, Minnie, who started a business in Frysville. Mr. and Mrs. Mack worked there for some time before starting their own business on South Queen Street. At the age of 10, Louise Mack Godfrey would travel with her grandfather peddling ice cream to factories. Louise would make change and her grandfather would do the dipping.

“In the start of the business the ice cream parlor had a front porch. An ice cream container was put on the porch and ice cream would be served from there. A Bingo stand was in the rear of the building. After the games the people would then come to the store for ice cream. Louise would again help to make the change. Mr. Mack retired in 1953, giving each of nine children the business for two years. David (Butch) Mack operated the business from 1988, when he sold it to Walter Blake. Six of the children went on their own in the ice cream business after their two years ended.”

That’s why there are so many Mack’s ice cream stores and stands around York County.

As for the original Mack’s, it will always be the favorite for some.

“The new Mack’s,” Ashley Norris said on Facebook, “isn’t as good as the old one.” 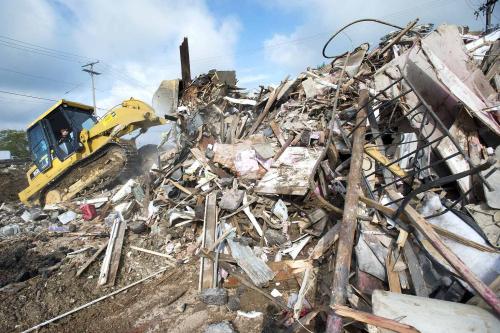 Debris from the demolition of original Mack’s Ice Cream store in York Township is piled up.