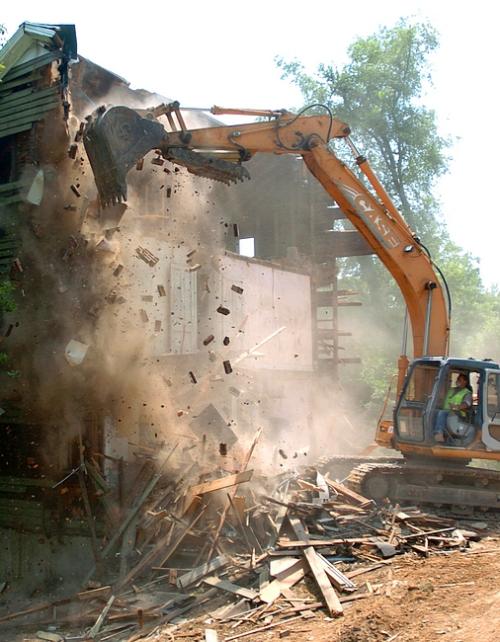 Much has been written about the demise of the deteriorating Ore Valley Train Station, long masked as a private residence, including the recent yorktownsquare.com post: Ma & Pa’s Ore Valley train station coming down.

There’s just something about those old stations that sparks nostalgia among followers of local histories. For example, when the topic of the Ore Valley station came up on the Preserving York Facebook Group site, fans made 25 comments.

Ydr.com followed the demolition in detail.

So, just a few more points about the old station and the Ma & Pa.

First, let’s let George W. Hilton place the station in context in his “The Ma & Pa:”

“The remaining 8 miles of the main line from Dallastown Junction (just outside Red Lion) into York are almost all downhill, following Mill Creek with a grade of 2.0 to 2.5 per cent, compensated. There is a minor summit coming out of Mill Creek valley into York. As a final glory, there is a stringent reverse curve in the valley at Ben Roy.”

And secondly, Gary Heiland passed on an email from an observer of the scene late on Saturday afternoon. An old telegraph pole, complete with five “flicker” type wooden brackets, remained standing. I’m out of town as I write this so I can’t check if that is still the case, but maybe someone can confirm. Perhaps the pole could be donated to the Ma & Pa Preservation Society’s displays at Muddy Creek Fork.

And oh yes, a visitor to the site during construction said hornets in a nest in a first story window sill were really mad. Bet they’re really, really mad now.

And lastly, here is a video of the demolition, courtesy ydr.com.