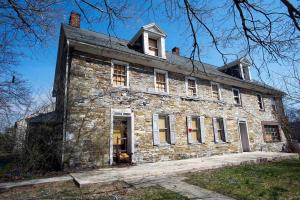 Someone is talking with Rutter’s convenience stores about moving the Hoke House in Spring Grove, a $500,000 project. Rutter’s is also entertaining a bid from interested parties who want to lease this Spring Grove landmark as a business. The 18th-century farmhouse formerly housed Spring Grove’s library. The spokesman says Rutter’s has no plans to knock down the landmark. For details, including interior photos, checkout Hoke House. Also of interest: Landmark Spring Grove farmhouse awaits word of its fate

Yorkblogger Buffy Andrews raised a question about a photograph on Civil War Times magazine’s Facebook page.
“Is that a handle or crank of some sort coming out of that small shed? Is it a well house? Love the crutches and also the gun leaning against the porch railing.”

“So many cool details in this shot.”

Buffy and I compared notes and figured that was a crank on a spring.

Someone from the magazine got back:

” Buffy, we think that is a well house, and the crank is used to raise and lower the bucket.”

Take 5: Buffy Andrews gave me five questions and I provided the answers for a piece on her writer’s blog. Check out: Take 5 on Buffy’s Write Zone. 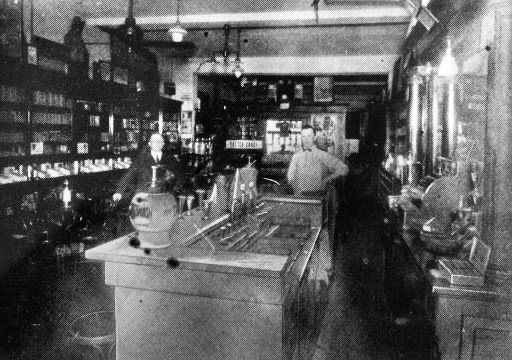 Remember when Loyer’s Pharmacy in Red Lionclosed, its soda fountain was to be moved elsewhere. Well, it has a new home …  in Philadelphia. Here’s how that soda fountain looked in 1930 when it was know as Strock’s Drug Store. Also of interest: Are there any York County, Pa., pharmacies left with ‘It’s a Wonderful Life’ style soda fountains?