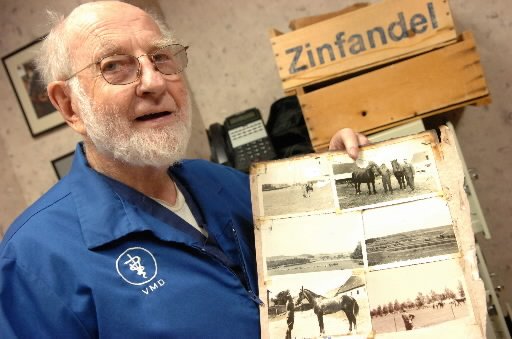 Dr. Harold Neibert participated in the famed rescue of the now-world-famous Lipizzan horses from Czechoslovakia in World War II. Here, he shows pictures of the horses he cared for. Background posts: York County sacrificed on homefront and war front to aid Allies in World War II – Part I and York County sacrificed – Part II and Pioneering aviator Aline Rhonie another York native who made U.S. headlines.

York County veterinarian Harold Neibert cared for rescued World War II Lipizzan horses, ancestors of the entertainers of today.
Look for a takeout on those noted horses in an upcoming edition of World War II Magazine.
A writer for that magazine saw the York vet helped save famed Lipizzan horses post on this blog and is in the process of getting in touch with him.
“I’m writing about the rescue of Austria’s Lipizzaner horses at the end of World War II for the magazine I edit, World War II,” Karen Jensen wrote in an e-mail… . 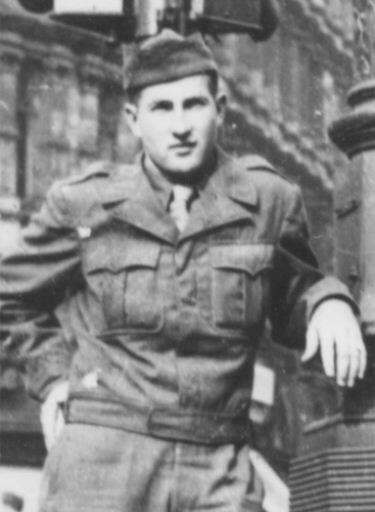 “My goal is to tell the true story of what happened, with an emphasis on the men who actually participated in the rescue. It’s an amazing story that deserves to be told – and to be separated from all the myth that’s grown up around it.”
She’s particularly interested in some of the photos Dr. Neibert proudly shows about the rescue.
So, a piece of York County’s rich World War II history soon will make the headlines again.