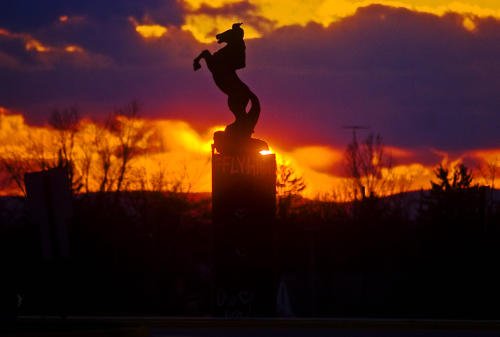 “It died of natural causes,” South Western Superintendent Barbara Rupp told the Hanover, Pa., Evening Sun. “We think the darn thing toppled over.” That was the official assessment of the demise of the The Mustang, the carved mascot of South Western schools. Also of interest: York-area church’s landmark: ‘A man named Beech carving a beech tree, it seemed too perfect’.

These wood carvings are popping up everywhere around York County.

Occasionally, they do come down, after rotting from within. One such was the original carving at Aldersgate United Methodist Church in York Township. It was replaced by a cement statue.

At South Western, they’re hoping for a replacement by the fall, after a some fundraising. 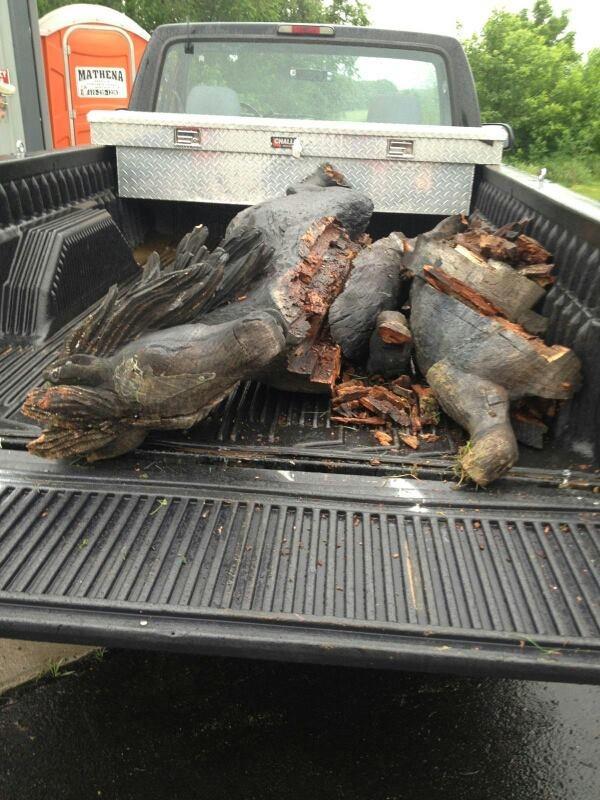 Vandalism was originally believed to be the cause of the end of The Mustang. But a tree expert confirmed it was just rot.

More digging at Penn Park: Openings are still available for a combination camp of two interesting topics: the Civil War and archaeology. Check out: Penn Park.

Gettysburg 150: Re-enactors are accustomed to one large-scale skirmish in Gettysburg each year. But the 150th is bringing forth two. Check out: Gettysburg re-enactments.

A byproduct of the Street Rods invasion each year is the entertainment their trips along Route 30 bring to scores of York countians and visitors here. This video captures this rite of each June.