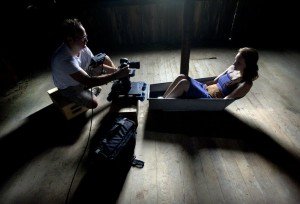 Chris Landy works a camera angle on Lora Allen as part of filming in Springettsbury Township’s Schultz house. The dance company Tori Lawrence + Co. used the mid-18th century landmark house to film for a premiere at the Barnes Foundation in December. The cross between modern art and rough-hewn pioneer life is interesting. Philadelphia’s Tori Lawrence and Company is a dance company that films in historical sites. Well, history and historic sites have all kinds of uses – and that’s the good thing. To find out more, check out this ydr.com story. Also of interest: Sprucing up the Schultz house.

We always enjoy hearing from Betsy Baird at yorktownsquare.com.

She emailed to say she enjoyed reading about the Preserving York picnic at Shady Lane last weekend.

She can’t drive so could not attend.

“I had no way to get there. And the Rabbit Bus Co. will not go outside certain marked city limits on Saturday and Sunday,” she wrote.

We’ve come a long way in York County but the retrenchment of mass transit over the past 100 years is an unsung story.

Wonder what ridership of such a trolley system would be today? Well, we have some way to judge. Cyclists roll every day along old trolley and rail lines in York County thanks to the rail trail movement.

Roadside monuments: They’re all over York County, and they have meaning. Check out this story and photos, whose headline provides a summary: ‘Roadside Memorials: Sacred ground for families, they are ‘where your soul is taken’/
Technically, you can’t put up a cross or other memorial at a fatal crash site. But PennDOT, and others, usually accommodate those who are grieving.’

Breeching the dams: York County has seen a bunch of these, lowhead dams giving way to enhance shad migration. Well, here’s a fascinating story – and Exchange discussion- about the demolition of two large dams in the Pacific Northwest: Farewell to the Elwha Dams

Army-Navy stores: Remember those? York Sunday News columnist Gordon Freireich takes you back to those stores where you never knew what you’d find. 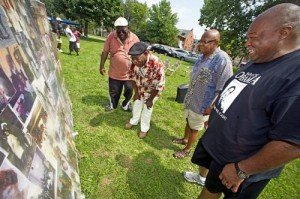 On Saturday, the Codurus Street reunion gathered. These were families looking back to Bamberg, S.C., ancestral home to many in the York’s black community.