Meet the Stricklers – and the Rubys … Linked in with neat York County history stuff, May 22, 2012 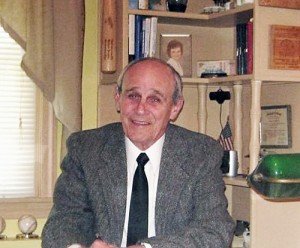 Morgan Brenner’s upcoming talk at the Lower Windsor Historical Society is officially titled “Our Strickler Heritage.” But York countian Betsy Shaw, who flagged yorktownsquare.com about the talk, writes that it could also be called ‘Meet the Stricklers – and some Rubys and Dietzs.’ Also of interest: Story of venerable York County Strickler family not just about who begat whom .

Morgan G. Brenner, with historians Joe Brillhart and Jim Rudisill, will present on the Strickler family at 7 p.m., Tuesday, June 5. The presentation on this noted York County family is set for the Lower Windsor Twp. Community Building, 2425 Craley Rd., about one mile west of Craley on Route 624.

Betsy Shaw, who emailed about the event, wrote:

“Mr. Brenner is the author of ‘Our Strickler Heritage’ (2011) in which he points out that family histories are not just ‘who begat whom’, but that they should deal with the people, those around them, how they lived and what they did in and near ‘their neck of the woods’.

“Should be fun – that valley is loaded with local history.”

The Milky Way? – The North County Times in Maryland, in reporting about a series of programs on the Ma & Pa Railroad at the Old Line Museum in Delta, referred to the old rail line as the Milky Way. (Never heard that. That’s a neat fact.) It got that name from farmers because it brought their product to market in Baltimore.

Another neat Facebook group: You got to check out the extensive discussion on the FB group: Political Discussions for People who Grew Up in the 50s and 60s. It’s no doubt a fun group. Here’s an example from Ted Schaefer, in saying hello to me from the group: ‘Welcome Jim McClure and hang onto your hat; it’s not always very calm in here.’

Emmittsburg event: We’ve been getting news releases telling about interesting Civil War programs at the National Shrine to Elizabeth Ann Seton. This time, it’s Songs from the Camps, a Civil War concert event, set for 5 p.m., on Sunday, July 8.

A venerable family business: The Helf family has been laying carpets in and around York County for 70 years. Check out this profile, which quotes a family member: “I started helping tear out carpet and rerolling things at 8 years old. It’s just what we did.” 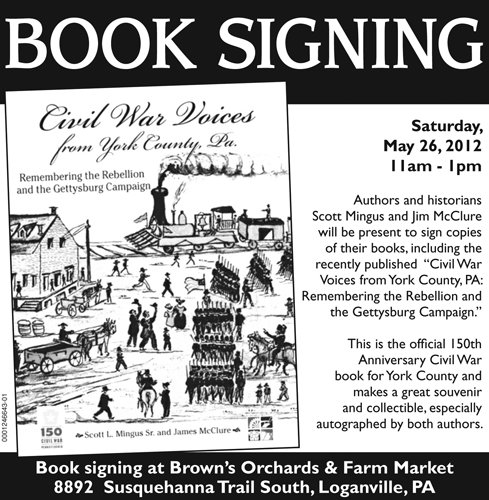