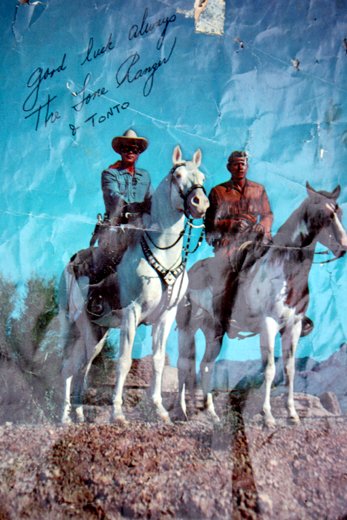 Roy Rogers and Trigger attracted quite a conversation over at the Facebook group ‘I Grew Up in York, PA in the 50s & 60s’. That is, their appearance at Valley View Park, as told in a yorktownsquare.com post, decades ago was the topic of conversation. This drew a memory from Susan Elicker Mundis: ‘Hey I got to see the Lone Ranger on Phil street in York right by the Codorus creek ( I say crick) back in the late 50’s. ‘ If she could find it, I replied, I could make use of it on this blog. ‘Sorry it’s a little wrinkled. I must have looked at this picture so many times while going through my attic getting rid of junk, I just didn’t want to throw it out,’ she wrote. Thanks to Susan for sending this along. Interesting how such meetups with celebrities spark memories many years later. Also of interest: Young Alan Alda performed along the Codorus? Researcher checking that out.

“Can you help me obtain copies of the Soul Clinic interview which has recently
been published online by Shady Del Knight? I accidentally stumbled onto this site and was
totally bowled over by what I saw.

“You see, I’m not from York, but rather Plainfield, NJ, and I attended York College from 1967-69. During this time, I fell in love with soul music and was blown away by all the mixed race bands, especially The Soul Clinic. I cannot stress how this band affected me both as a teen and still as an adult — I’m 62 now.

“I became a soul freak and have remained so for almost 45 years. My love of soul has affected my whole life in ways I can’t express in this email. Strange indeed that after all these years I happened to find a site that has been featuring this tremendous band, a band that affected me so much.

“I’ve never forgotten my time in York and feel privileged to have spent time there—two of the best years of my life.”

But if any readers here have information on the Soul Clinic, please contact Jeff, jeffabishop@verizon.net. 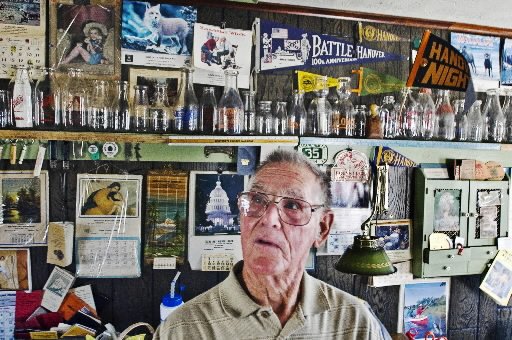 The Hanover Evening Sun captured Jim Brady in at his historic house on Hanover’s Frederick Street. The house is full of 50 years’ worth of memorabilia. A story on the collection, put together by Brady and his wife, Viv, is part of the news organization’s series of articles leading up to Hanover’s 250th anniversary celebration in the summer of 2013.

Forum of the day: Is your home or property still impacted from the floodwaters of Tropic Storm Lee last year? (Check out this ydr.com story to see how people are faring.) Are you with a group who helps such victims? Please comment below. Background (in case you’ve forgotten): Check out these Storm of September 2011, links to stories, photographs.

Meet yours truly and other YDR and WGAL folks at an upcoming town meeting. Hope you stop by.