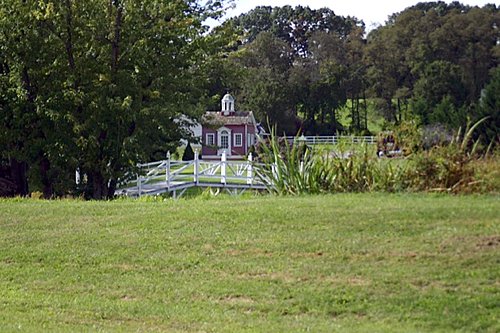 Recognize this icon from York City’s past? Well, it’s an icon of Conewago Township’s present. The Little Courthouse has enjoyed many names and locations over the years, but it is now nestled in a pet resort at Copenhaver and Butter roads in Conewago Township. This bucolic setting comes in marked contrast to its home on York’s busy Continental Square as a site for war bonds sales in World War I and World War II. Many people remember it sitting in the Farquhar Park/Kiwanis Lake area of the city. But now it is stands largely forgotten in this remote area of York County, visible from Butter Road, where this photograph was taken. Also of interest: The ‘Little Courthouse,’ like longtime York square neighbor ‘Teapot Dome,’ still stands tall.

And a spokesman from that group made a telling statement.

“We’re a little early into the process to be discussing our exact redevelopment plans,” he said. “We have plans, but until we get a little bit deeper into our ownership, it’s premature.”

Redevelopment? Of a 1981-vintage mall?

The West Manchester Township shopping center opened only 30 years ago.

Which prompted an emailer to comment about a similar quote using the word “redevelopment”, with a ‘sign of a changing county’ notation in his status line:

“As people who observe and write about the changing landscape of metro York, this quote from a real estate pro is telling about how ‘today’s winners become tomorrow’s losers.’ “

What’s at play, the M&R spokesman said, is that department stores aren’t king as they were decades ago, and covered malls aren’t what they were 20 years ago.

All this is another snapshot about how York County is changing.

Moving on out: Here’s a post that links in well with the West Manchester Mall story. Yorkblogger June Lloyd writes about: Yorkers move to the suburbs.

Forum of the day: The Downtown First awards came out last night, awarding commitment to strengthening downtown York: http://bitly.com/UmAVtz. Is there a particular business or individual you’d like to recognize for their work in bettering the city of York or your York County community? Please comment below. Background: Continental Square in 5 easy links.