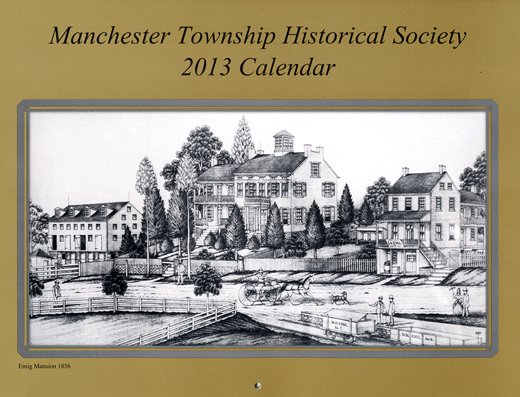 The Manchester Township Historical Society 2013 calendar is now available, and a portion of the proceeds will go to save Roundtown’s Center Square School. ‘Each month offers photographs and profiles of farms, barns, organizations, and businesses in Manchester Township,’ Mae Duncan wrote in an email. ‘Featured selections include Acme Cornet Band, White Oak Park, Center Square School, Ambrose Updegraff Farm, Union Churches of Manchester Township, Alert Fire Company No. 1, Emigsville Creamery, Stillmeadow Farm, Black Bridge, Acme Wagon Works, and the John Smith House. The calendar also includes a two-page memorial to Maxine Lumsargis who passed away in 2012. Maxine was a founding member of the Society and, for many years, the group’s leader and primary “digger.” ‘ The calendar is available in the municipal and tax office at the Manchester Township Building or directly from the historical society at ManTwpHistory@gmail.com or at 764-4646. Single copies are $10.00 each. This calendar cover image spotlights Emigsville, particularly the Emig Mansion, along Main Street in the 1800s scene. Also of interest: Transportation-oriented Emigsville a walkable York-area community with lots of community

A couple of well-time roses, courtesy of ydr.com, to York County music makers, past and present:

ROSES: Posthumously, to noted local organist Samuel Keeney, for the joy he gave many through his playing — and also for fostering music locally through sales of pianos and organs.

ROSES: To former Live lead singer Ed Kowalczyk for his recent show at the Pullo Family Performing Arts Center. It sure would be great to see him reunite with his old band.

Sites to discover: Randy Drais has interesting stuff on his Facebook page Battle of Gettysburg Buff and similarly named websites. All merit a good look.

My Facebook comment: The Pfaltzgraff moonshine jug recently sold at auction caused me to put a spin the old saying on Facebook: “I don’t drink or chew or go out with girls that do. My revision: “In York County, we drank and chewed and went out with girls who did. Well, that doesn’t work rhyme. But we did … . Evidence? Check out: Carrie Nation in York, Pa.: ‘I told them that they were maintaining a drunken men’s club’ 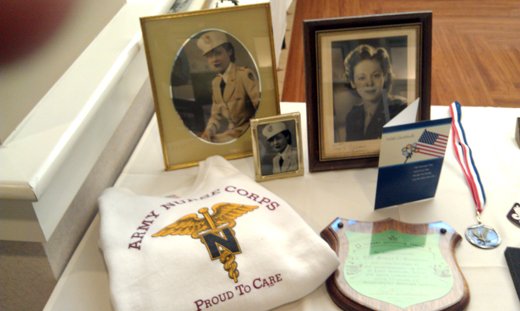 Veterans at Normandie Ridge Retirement Community displayed their ribbons, medals and plaques at a Nov. 11 recognition. 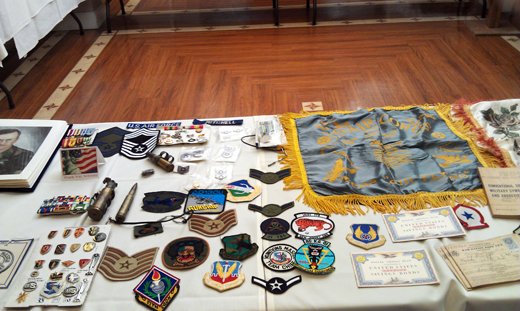 The observance included a worship service and an address by Colonel Shaun E. Tooke of the U.S. Army War College in Carlisle. The congregation at the recognition was filled with military veterans.