Springettsbury Fire Hall not historic, but memorable: Linked in to history, 2/20/13

Springettsbury Township’s proposed new fire hall is shown in this architectural rendering. The current hall – not historic with a 1958 cornerstone – is nonetheless a building of note in the York area. For decades, it has functioned as a community meeting place – auctions, weddings, shows – in addition to housing fire trucks and firefighters. The old building will stay open until 2014, when the new $4 million-plus building will be ready, according to ydr.com. Springettsbury Township will own the building and lease it to York Area United Fire and Rescue. What is it about governments that they like to put up new buildings? Anyway, a vestige of the old firehouse will remain when it is torn down for a commercial center. The new center will be called Firehouse Square. Also of interest: Gordon Freireich wrote about fire halls, old and new, in this York Sunday News column.

It’s been 40 years since Watergate became a massive story. Doesn’t seem that long ago, does it?

But for those who remember, ydr.com is looking for your memories of Watergate, which eventually unseated U.S. President Richard Nixon.

Our ‘Remember’ oral history series will focus on that key moment in history and is searching for a few good memories. Or many memories.

Lend a hand?: Diane Strickhouser is looking for info on the Deb shop in downtown York.

“We know it was on Market street but my husband and myself remember it being on Beaver St.  just past the Bon Ton on the same side of the street,” she wrote in a comment on this blog.

She was wondering if she was correct about this. If you can help, please comment below.

Threatened species: Old movie houses are under siege because of the movement to digital projection equipment. This report tells about concerns an old theater northwest of York: Carlisle Theater.

Forum of the day, I: After a meteorite injured maybe 1,000 people in Russia, how concerned are you about getting plunked with a rock from space? Background: Dense ‘The Shrewsbury’ meteorite named after York County town where it was found . Please comment below.

Forum of the day, II: West York is wrestling whether to keep or outsource their police department. Do you enjoy living in West York or do you have stories about the borough from others who have lived there? Background: Just good, upstanding West Yorkers. Comment below. 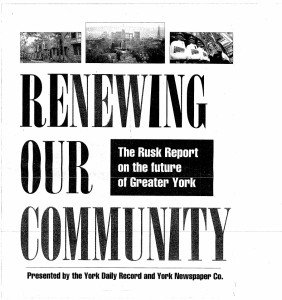 The Rusk Report set the stage for proposed educational reforms, such as suggested by YorkCounts last week. The report is now online on ydr.com. Check out: Rusk Report.