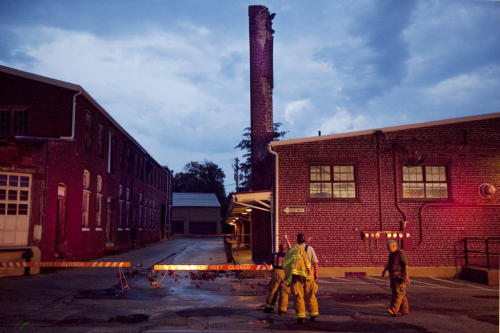 One of the seemingly daily parade of storms that are hitting this area produced a lightning strike that damaged Hanover’s market. Specifically, the market’s smokestack. (Why would a market have a smokestack?) The lightning flash highlights this often overlooked Saturday market in southwestern York County. The market will be open this Saturday as normal. (See closeup of the lightning damage below and a bit of history about the market.) Harrisburg’s Broad Street Market and Lancaster County markets in Columbia and Lancaster also provide old-fashioned shopping experiences in addition to York County’s markethouses. Also of interest: The art and soul of York from the air

A yorktownsquare.com story recently brought forth the forgotten fact that the old York City Hall, that stately World War II-era structure on West King Street, recently celebrated the 70th anniversary of its completion.
With his tongue firmly in his cheek, a commenter responded that he was out of town and missed it this year.
“First time in a few years that I haven’t been able to attend,” he wrote. “Now I have to spend a year waiting for the next one.”
I responded to the reader who commented on the missed anniversary that he should not worry about overlooking the next one.
“I’ll try to get out word in advance about its 71st birthday!,” I wrote.
All this is great fun.
But the building still has legs, although they’re a little weary at this point.
It’s now police headquarters, and the inexplicably antsy city – financially beleaguered as it is – is looking to start needed renovations this fall, to give it fresh legs.
In 2016, the old city hall will be 75, if you date it from its groundbreaking. And that year, the city will have 275 candles on its cake.
Maybe an appropriate birthday party for the old West King Street hall could be a part of the York City’s 275th.

From the archives: York County’s obesity problem came to mind again this week when the feds released some stats – Mississippi the fattest; Colorado the thinnest. But in York County, we’re really tipping the scales: 2/3rds of us are fat or obese.

Forum of the day: Band camps are well under way at area schools: http://bitly.com/Piro7Q. Any stories about band camp, band trips and the like? Generally, what grade would you give your experiences as a member of your high school band? Please comment below. Background: Parade Music Prince Roland F. Seitz: From Shrewsbury Township – Glen Rock to Friday Night Lights 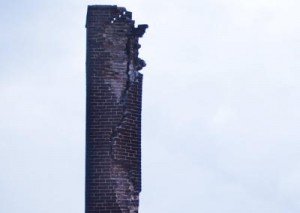 The Hanover Evening Sun gave this brief history about the market: ‘The market house was built in 1933 and was designed as a place for local farmers and merchants to sell their wares, with 118 7-foot stalls inside. The building was built to replace older markets in Hanover, which date back to 1815.’ Photos courtesy Hanover Evening Sun.