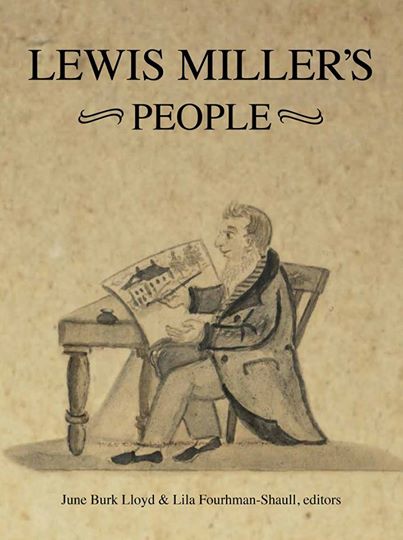 Donald Shelley, executive director of the Henry Ford Museum, said the 1966 publication of 19th-century York countian Lewis Miller’s work would provide a service for students and historians in opening up a new field of study in American social life, customs, arts and the like. His prediction came true. Now a complementary volume to that now-out-of-print book is becoming available in the fall. ‘Lewis Miller’s People’ is a collection of more than 700 of Lewis Miller’s portraits in the collection of the York County Heritage Trust. Lila Fourhman-Shaull, the trust’s archivist, and June Lloyd, her predecessor in that position, edited this hardcover work, priced at $49.95. To place a pre-sale order, email Lila Fourhman-Shaull. Shelley also said that the 1966 book ‘Lewis Miller, Sketches and Chronicles’ would be a fascinating pictorial album. ‘Lewis Miller’s People’ will fill the same bill: offer avenues for further study and engage the casual reader. Both might find portraits of relatives in there. Also of interest: William Wagner, Lewis Miller made York, Pa. ‘one of the most highly depicted communities in the early nineteenth century United States’ and Other YorkTownSquare posts relating to Lewis Miller, in full or in part.
+++

“I thought you may be interested to know, that our German ancestors that settled in York, (1731) came from a beautiful area in Germany called Michelfeld/Angelbachtal.

“The Ruppert family (my maiden name) and the Holtzapfel family. In June, my parents and my family travelled to Germany to visit our son stationed at Ramstein Air Force Base.”

She explained that before she went, she spent months research this family in the event they she was able to visit where they came from. Their mission was accomplished. They visited the church site where the Ruppert couple was married.

“We have some photos too. I wanted to tell you that this part of Germany….actually felt like home. Rolling green hills of beautiful farmland lined by forests. Not much different than our York County!”

Maybe Terry has started something new, a pay-it-forward week on the anniversary of York County’s founding. Check out Terry’s initiative for the birthday party. I was honored to be one to receive the delivery of a white rose.
+++ 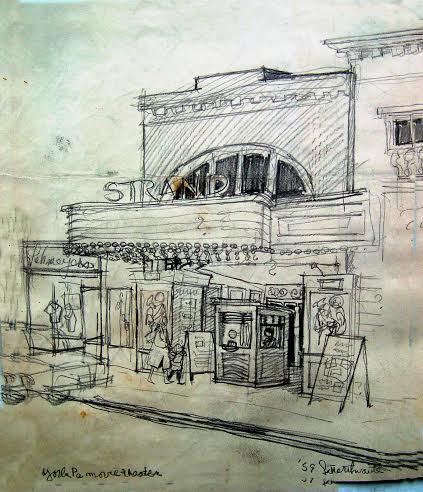 Cliff Satterthwaite captured the Strand in York (part of the Strand-Capitol Performing Arts Center today)  in the late 1950s. For more ‘Satterthwaites,’ check out this YorkTownSquare category to see more than 50 of his drawings.

+++
More about Dover250: Dover borough prepares for a birthday party of its own this weekend. Check out: Dover250.

History mystery: Check out the comments to for observations of the York Fair in 1932 – and add some of your own.