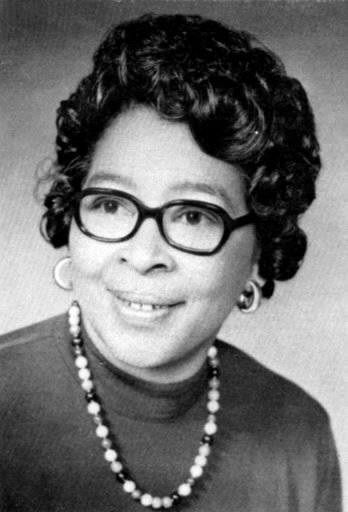 And Mattie Chapman is one of 50 York County women of achievement featured in AAUW’s “Legacies.”
The booklet is out of print but available at York County libraries.
An excerpted profile from the booklet follows:

Mattie Chapman began her career in county government as a clerk in the prothonotary’s office in 1956.
She was the first black person ever hired in the York County Courthouse.
In 1963, she became one of three deputies in the office and later served as the chief deputy. At the urging of her husband, William R. Chapman Jr., Mrs. Chapman decided to run for the office of prothonotary in 1975. The prothonotary is the custodian of court records, including divorce decrees, liens on real estate, passports, naturalization papers and rules from the Supreme Court and Superior Court on civil and criminal matters. Chapman became the first black person elected to a county office and fell only 150 votes short of leading the entire ticket.
Mattie Mitchell Chapman attended Albany State College in her native Georgia and after completing her education, went to Washington, D.C., to work in the government. She met her husband while he was a student at Howard University. They were married, and Mrs. Chapman moved to York, her husband’s hometown.
In 1982, Mattie Chapman was the first woman elected to honorary membership in the York County Bar Association in recognition of her service to lawyers. She was also named York County’s “Democrat of the Century” by the Democratic Party’s Century Club. The York YWCA recognized Mattie Chapman with its “Women Who Made a Difference” award.
Mrs. Chapman was active in the Quota Club of York and the Prothonotaries and Clerks of Court Association. She served on the boards of the York Foundation, the Crispus Attucks Association and the Memorial Hospital.
“She was definitely one of a kind,” Glenn C. Vaughn, Mrs. Chapman’s first solicitor, said.
“She seemed always to rise above everything and was never hostile to anyone. Though she was a consummate politician, I doubt she ever had an enemy… It’s just that everyone I know liked her. Mattie was very knowledgeable and very co-operative. She was an institution.”