One might think those two beautiful water supply lakes south of York, Pa., were built at the same time. But Lake Williams, seen here in a postcard view, went up in 1913, and Lake Redman, 1967. Both came in response to droughts. Many York countians remember the drought that brought Lake Redman. It also brought in a self-proclaimed rainmaker, but construction of the Redman dam proved more reliable. A history on the York Water Company’s website comments on Lake Williams, built after the normal flow of two branches of the Codorus Creek needed help in the face of dry weather: ‘On January 7, 1913 the dam was completed. By February 4, 1913 the new dam was full and overflowing. The lake was later named Lake Williams in honor of the Company’s General Manager.’ So Lake Williams just passed its 100th anniversary. As the decades passed, more capacity was needed in post World War II industrial York. The York Water Company shopped locally buying 4-foot-tall bascule gates from S. Morgan Smith factory. The York Water Company observes its 200th anniversary in 2016. (See more York-area postcards.) Also of interest: Who were these York County Park guys, William H. Kain and John C. Rudy? 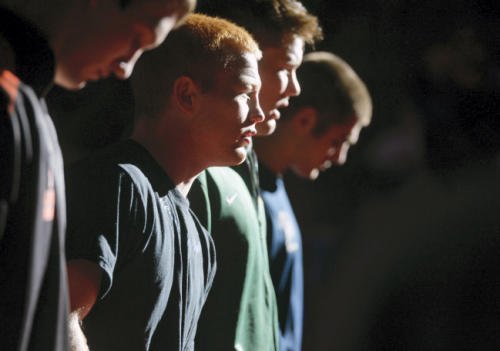 Kennard-Dale’s Chance Marsteller ended his prep career with a 166-0 record and the title as arguably the most accomplished athlete in York County high school history. Check out this rare, in-depth interview with the champ. Do you agree that he has replaced Red Lion’s Scott Fitzkee as York County’s best prep athlete in history? Please comment below. 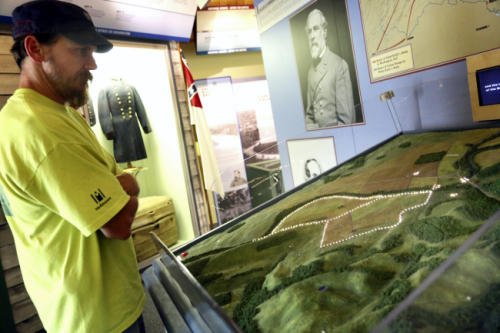 York/Adams’ 87th Pennsylvania played a role in the Battle of Monocacy in Maryland at t time in 1864 in which Jubal Early’s Confederates were dangerously close to Washington, D.C. Check out these stories and photos about the battle and battlefield: Must see sites and Photo gallery of battlefield and York’s hometown heroes helped save the capital.

Interesting setting: Victor’s on Ogontz Street made a list as 10 best Pa. restaurants outside of Philadelphia. The eatery is interesting because its setting is in an old Mount Rose church.

History mystery: Feel free to join in by clicking on the links: