Lake Lehman property as a York County park? ‘I want the Lake Club back’ 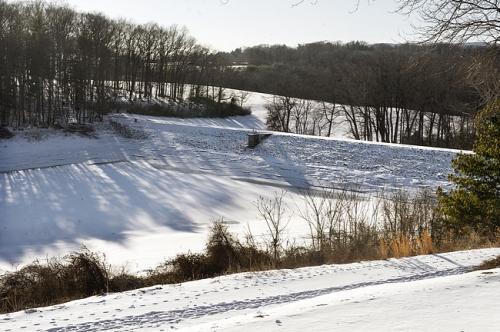 Ah, the Lake Club. One of those icons from York County’s past.

Amanda Wolf’s comment on YDR’s Facebook page (see other comments below) captures the memories the club and its Lake Lehman: “I want the Lake Club back!! I would love to take my kids there and tell them about all the fun times Mommy had there while growing up. I wonder if those creepy old cabins are still down at the end, does anyone remember those?”

The Lake Club property might be back, but in a different form. It’s one of those icons of York County’s past that is no longer sustainable and won’t come back as it was.  But it can be adapted, reused and reopened. It will just be different.

Glatfelter, owner of the property, is seeking to give the land to York County for a park. It’s done that before. (Ever been to Apollo Park?) The dam, which has its problems, might be breeched so those days of swimming might be past.

But some of those hiking trails might come back, if it becomes a county park.

Here’s something that I don’t quite understand.

Justine Messersmith Ehrman’s and others expressed the sentiment that here’s not another option: “Spent many summers hanging with friends. Learned to swim, canoe and dive off a diving board here. Wish there was a place like that for my kids now. They would love it!!”

Codorus State Park has a major swimming pool, and it’s not far away. In fact, it’s part of a complex that was built around another lake – like Lehman – built as a Glatfelter water-supply: Lake Marburg.

All this goes to show what a major community player and shaper Glatfelter has been – and is – in York County and beyond. 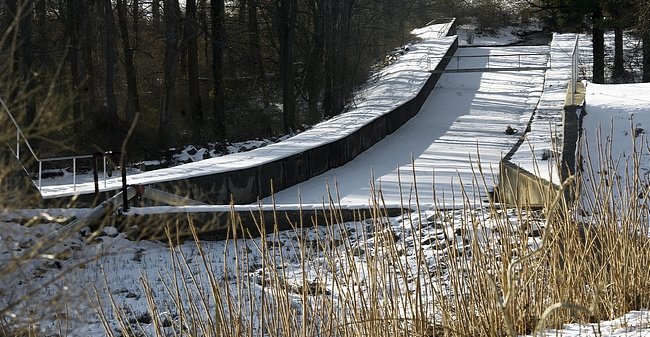 The spillway area of the Lake Lehman impoundment.