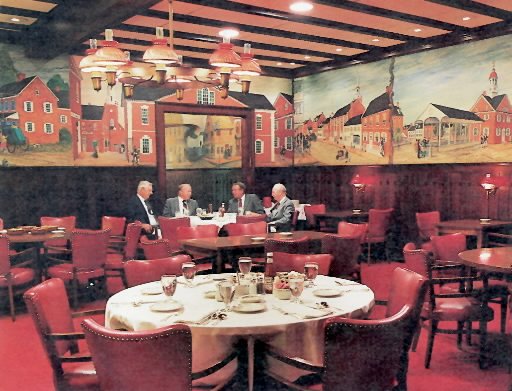 Gordon Freireich’s recent York Sunday News column reminds you that there’s a treasure on the walls of the Lafayette Club. Murals of York in 1825, courtesy of the brush of  Charles X. Carlson. That period – 1825 – was the second visit of Lafayette to York, Pa. He first came here to meet with Continental Congress about a command in 1778. Carlson had the works of artist William Wagner in mind when undertaking the work in the Lafayette Club’s Tavern Room in 1960. Gordon made a creative observation in recognizing a dual purpose for the murals after York College’s Center for Community Engagement moves in. … ‘(T)here may be an opportunity to expose a combination of York history and art to a wider audience,’ he wrote. Yes, a new generation can learn about York, Pa.’s, past and its strong links with national events. Also of interest: Murals of the Lafayette Club, York County, Pa.

When news about York College’s purchase of the Lafayette Club came out, many people saw the Yorktowne Hotel as a beneficiary. And it probably will be – for a new owner.

The Yorktowne is for sale. A recent York Daily Record story pointed to the fact that it’s on the market – for more than $4 million. The right new buyer, in turn, might make the Lafayette Club a beneficiary of a re-energized  Yorktowne.

+++
From on high: Working on Continental Square

Overlooking #iloveyorkcity square as One West is worked on to have phase one completed by Nov. pic.twitter.com/eu2O4nip7e 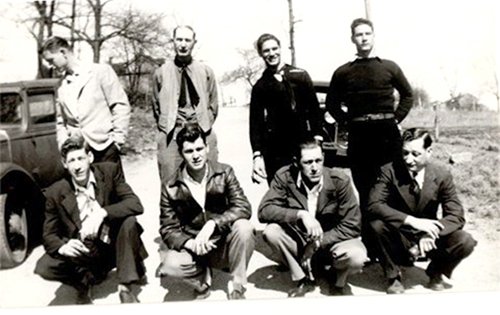 History Mystery: This band had quite a following in the 1950s. Know anything about this country-and-western group? Memories of this band? Answer and more: http://goo.gl/gaWzvr –