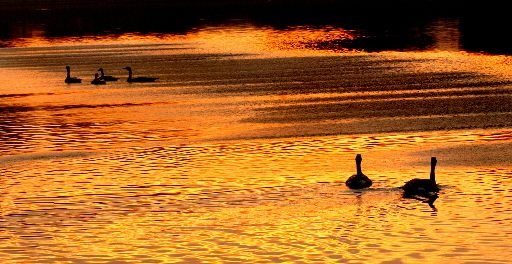 Kiwanis Lake at its best … at sunset, several years ago. The lake will be part of Labor Day activities on Monday, as it has been for years: Staycation. Swans have also been part of the York, Pa., City park for many years. Also of interest: How Kiwanis Lake has changed since it was developed in 1952 and Labor Day in York, Pa.: Recalling the day when labor leaders met in secrecy.

York resident Joe Stein went on the hunt for fountains at Kiwanis Lake- home of Labor Day events on Monday.

He came up with a newspaper account from 1957 – five years after the York City park came in.

Here it is as a bit of history on a weekend in which Kiwanis Lake will be in the headlines. 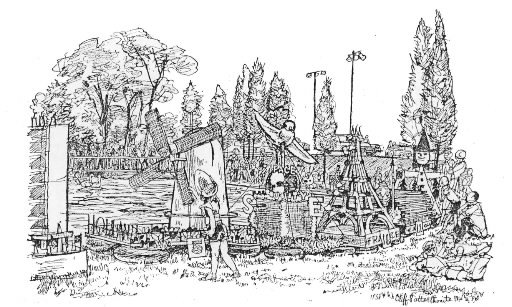 Cliff Satterthwaite captured this flotilla scene – an annual event – at Kiwanis Lake in the late 1950s.

“This is the new lighted fountain installed on the island in Kiwanis lake recently by Parks Director Jack H. Barton who has been endeavoring to enhance scenic beauty of the lake. The fountain lights, which are colored, are timed to go on each evening at 8:30. The different colors play on the water sprays in rotation and then all go on together. Six white swans were freed on the water earlier this year for the initial lake improvement project. Next, Barton said, will be repairs to the masonry around the edges. He hopes eventually to get rid of the storm water which pours into the lake.” 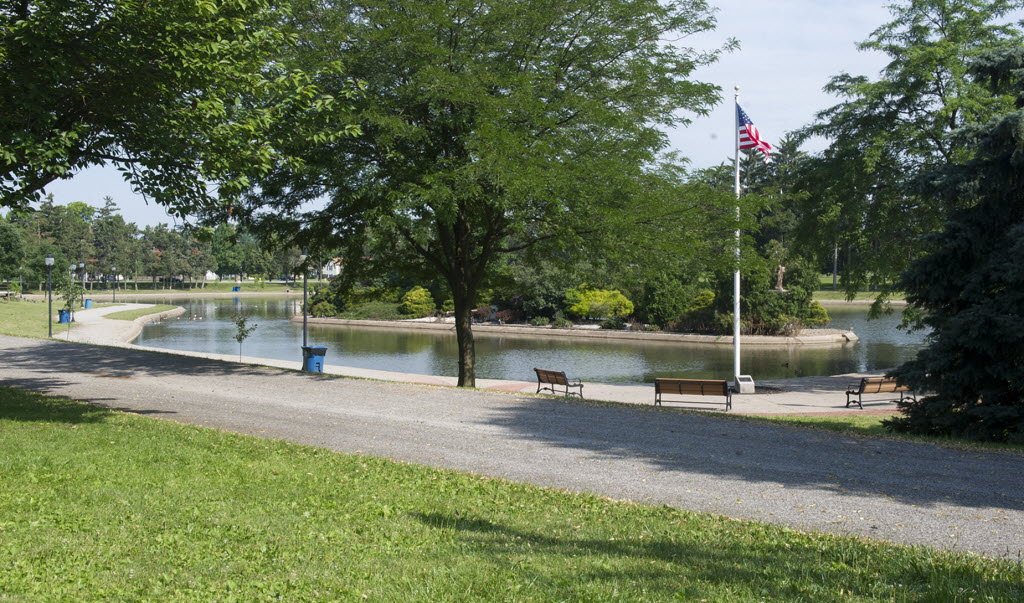 Kiwanis Lake, also at it best, in a photo from several years ago.