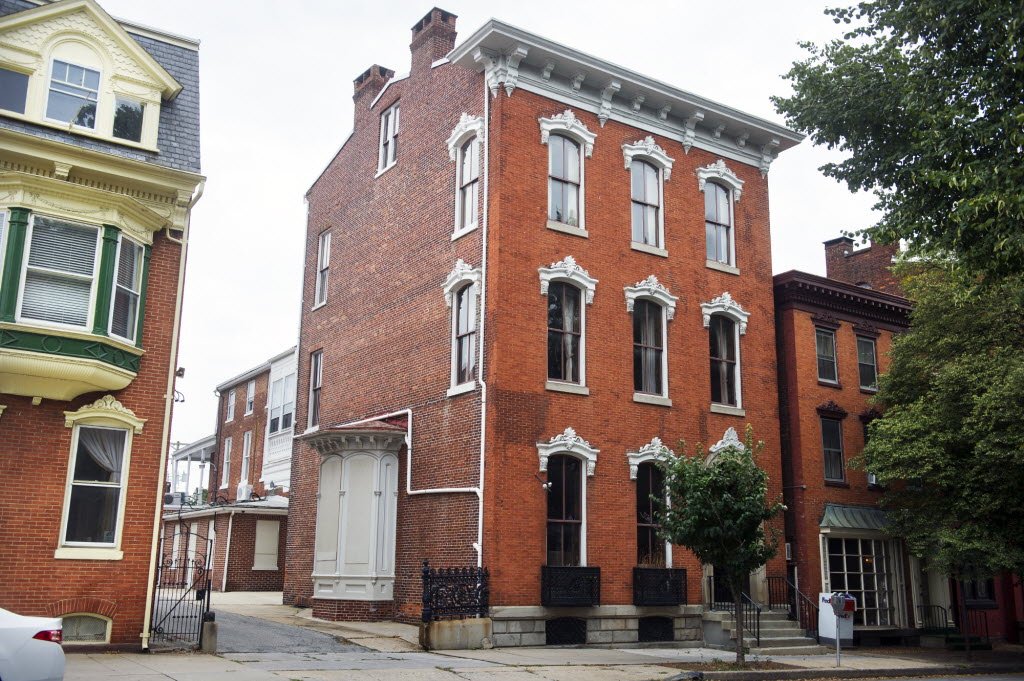 If you’re involved in the sales of antiques, why not do business from an antique building? That’s what Keystone Auctions is doing at 218 E. Market St., York. This view of the former Visiting Nurse Association office – and Keystone’s new building – came in August shortly after opening day. The company’s website lists the next sale  – a large estate on Jan. 10. ‘The main structure is believed to have been built between 1873 and 1889,’ Keystone’s website stated. ‘It’s historic location with grand interior will allow us to hold monthly auctions.’ Also of interest: First York visiting nurse made rounds on bicycle and  Keystone Auctions’ venue, Part 2.

Below, see 6 more photographs of Keystone’s new building, then and now. 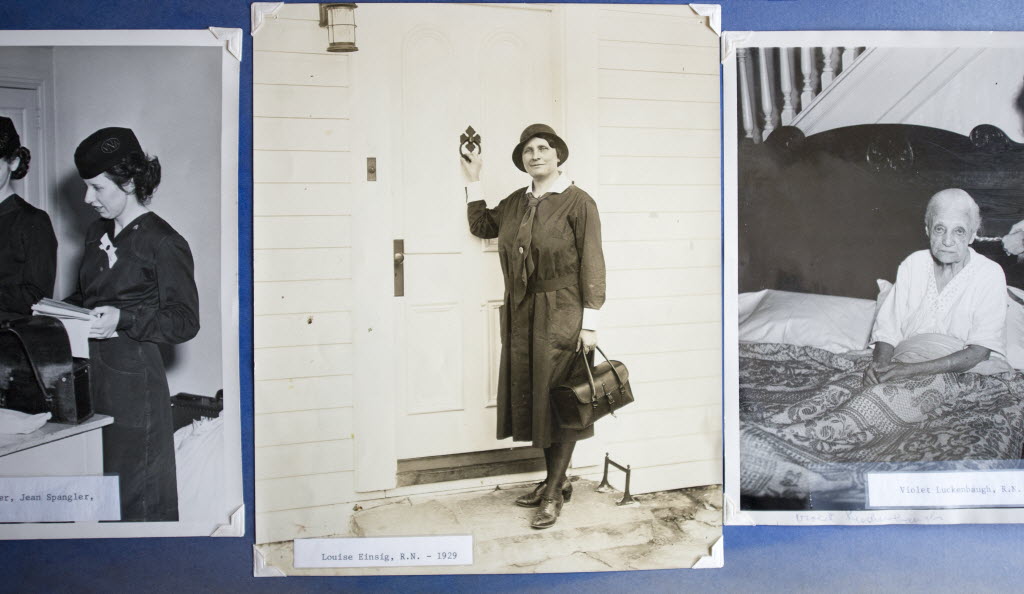 First, here’s a reminder of the building’s use for decades. This part of a group photos, including that of nurse Louise Einsig, from 1929. This panel was left in the attic of the longtime home of Visiting Nurse Association. The agency is now known as VNA Home Care, part of WellSpan. (See more photos on  the second part of this series.) 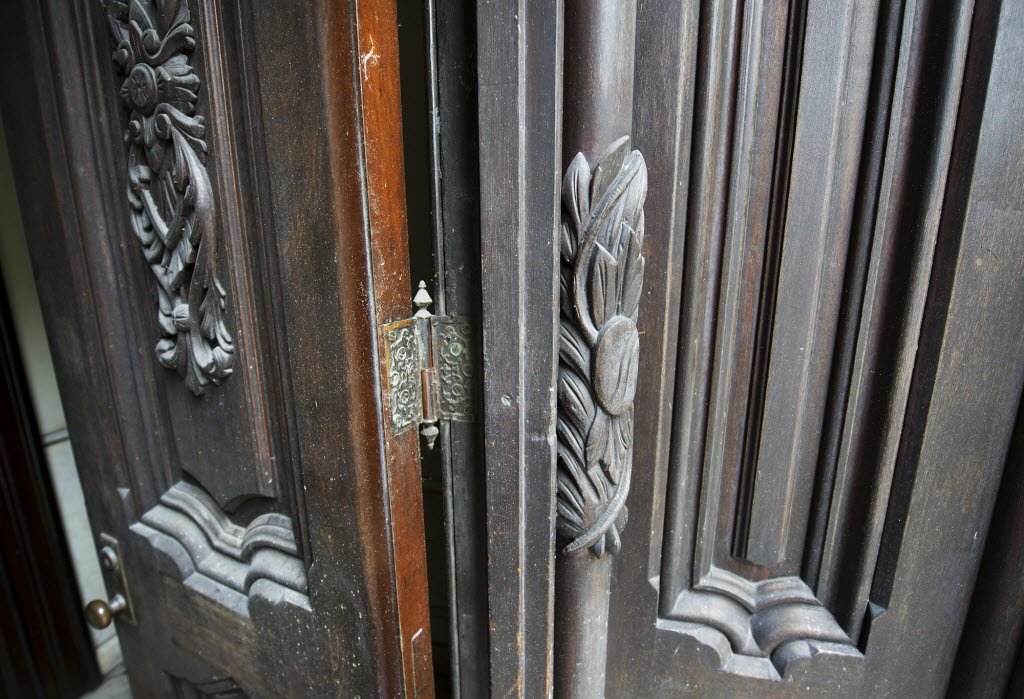 This well-crafted is part of the front door at the new home of Keystone Auctions. The auction house’s website has numerous photographs of estate items that antiquarians will enjoy. 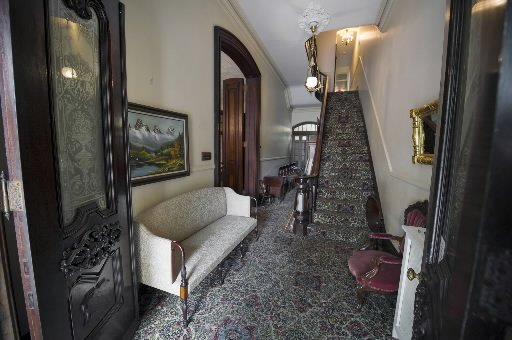 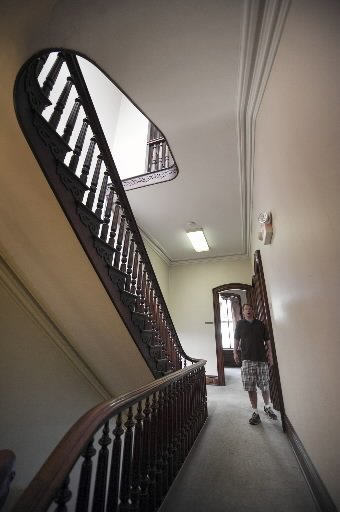 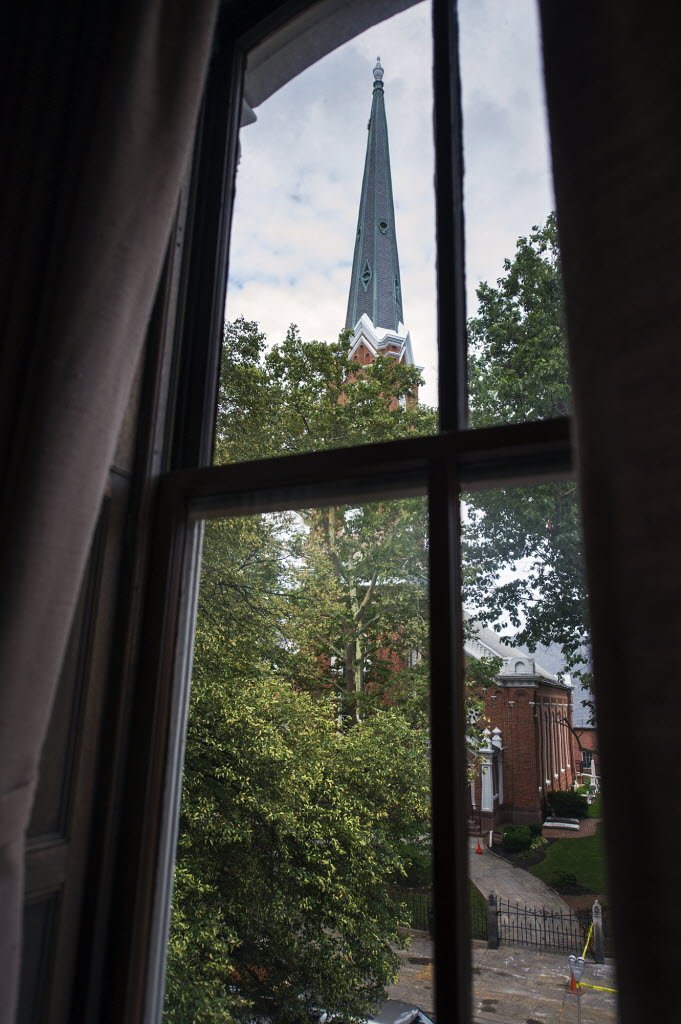 This view from Keystone’s second-floor window shows First Presbyterian Church. Interestingly, another nearby building on that side of East Market Street is being transformed as well. The former Women’s Club of York is now used for displaying antiques and art and  holding teas and weddings. It is operating as the  Hugh McCall Mansion.
+++ 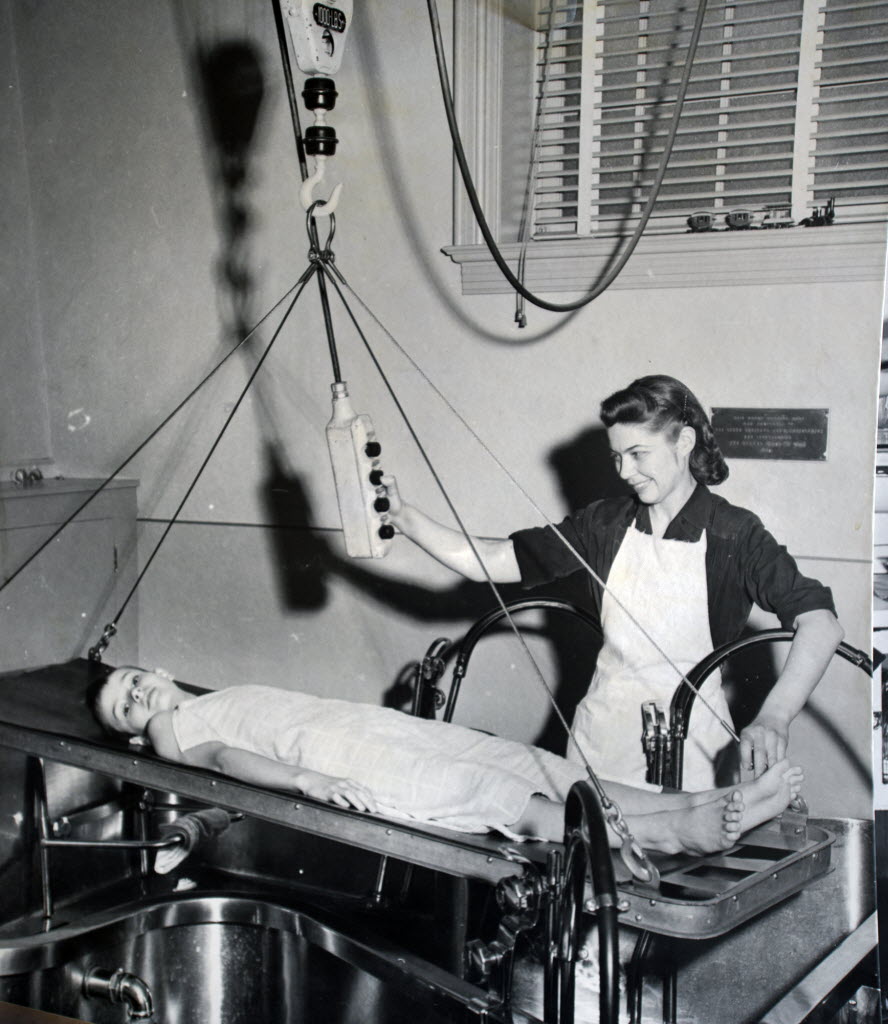 Another undated photo from the attic of the former Visiting Nurse Association. See Part 2 for more photos. Also of interest:  York County World War II nurse: ‘You know, it was the biggest war ever, and they needed nurses’.

Check out these stories and photos from YorkTownSquare.com’s archives.