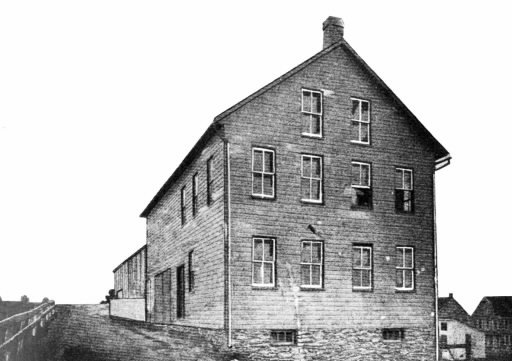 Kaltreider-Benfer Memorial Library is known for a lot of quality public services, including its used book sales. But where does the Kaltreider come from in its name? This is part of a continuing blog series about the sources of names on the sides of York County’s buildings.Grange Hall represented past way of York County life, Red Lion’s Ebert Furniture: From bedroom suites to gunstocks and Red Lion’s towering Fairmount Park off the beaten track.

Historian George Prowell considered cigarmaker D. Frank Kaltreider as the epitomy of a self-made man, starting at the bottom and achieving “sound” financial condition by the age of 29… .

Cigarmaking proved lucrative to many York countians, who were often paid by piece rate based on the number of cigars they could roll. Work long and hard enough and one could accumulate liquidity. Hire several rollers and then combine your small factory with another small factory and you gained more liquidity.
As a teen, Kaltreider, a Freysville native, raised and sold pigeons, packed cigars and worked in a livery stable.
At 21, he partnered with his brother Daniel in a cigar factory. By 1907, when Prowell published his history, Kaltreider had sold that building and operated one of the finest cigar factories in Red Lion, long noted as the capital of cigarmaking in York County. And he served on civic and governmental boards all over Red Lion.
He soon invested in fast horses.
“All his life, he has been an enthusiastic lover of good horseflesh,” Prowell wrote.
Fast forward 60 years.
Red Lion moved its library into Kaltreider’s massive house at the corner of West Broadway and South Charles Street in 1968. (His Red Lion cigar factory is pictured above, in 1901) It was the gift of Janet Kaltreider Benfer, D. Frank’s daughter, according to “Red Lion: The First One Hundred Years.”
The library has since moved to a new building on the edge of Fairmount Park.
But it is still fair to say that manufacturing of cigars also helped make Red Lion’s library.