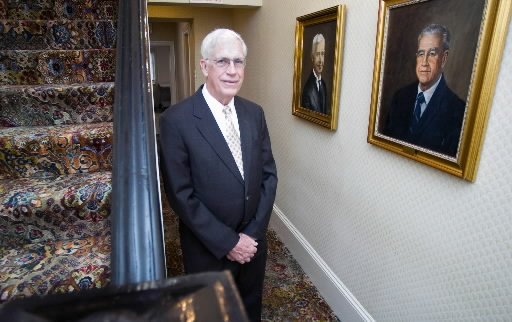 Bob Etzweiler, patriarch of York, Pa.’s Etzweiler Funeral Home, remembers the days when funeral businesses supported next-door furniture stores and vice versa. The last such funeral home/furniture store combo closed doors in York County in the late 1990s. (See Mount Wolf.) Etzweiler was speaking to the York, Pa., Daily Record/Sunday News on the 100th anniversary of his funeral home. (Read more about how funeral services have changed over the years. Also of interest: When York County undertakers served as woodworkers … and vice versa and Former Hahn mansion: ‘I thought it would make the most spectacular funeral home’ and Funeral director/school director casts key school vote.

Historians often mine letters to the editor for the snapshot they provide of community sentiments on a given day.
So, what are the mechanics of letters usage at the York Daily Record/Sunday News and other medium-sized newspapers? (The Daily Record is in the top 20 in circulation size among the 85 newspapers in Pennsylvania.)
I wrote this piece on letters to the editor as a sidebar to a recent column:

A respected leader at a Pennsylvania newspaper noted at a recent conference that her publication runs about 80 percent of the letters to the editor submitted.
I felt pretty good about how the Daily Record/Sunday News compares.
Our newspaper’s goal is to run 100 percent of submitted letters that follow our guidelines. We don’t publish maybe a few percent of letters submitted by readers in our circulation area because of libel, accuracy or taste issues. When they exceed our 300-word limit, we give writers the option to shorten them.
In all cases, we attempt to communicate back to the writer. So, if you ever have a question about the status of a submitted letter, contact Scott Fisher, sfisher@ydr.com.
Interestingly, in a day when a sense of community is fraying a bit, our letters to the editor are increasing.
Perhaps that’s because people know that if they send them in, we’ll get them in.

Event of the week: Vintage Productions is presenting the 2nd annual Lancaster Historic Home Show, together with the Lancaster Traditional Artist Show at the Lancaster County Convention Center, June 10-12.
To reserve your ticket to the show, visit www.lancasterhistorichomeshow.com until June 9, 2011 for discounted prices. Tickets will also be available at the door: $18 for a one-day admission and $24 for a weekend pass.
Web post of the day: Yorkblogger Scott Mingus weighs in on the question in another Civil War blog about whether the Confederates reached as far north as Port Trevorton, Northumberland County.

Forum of the day, The Exchange: An Exchanger is trying to gather information on the crash of a military jet in the Red Lion area in the mid-1960s. If anyone can help, comment on The Exchange or below.
Archives
– All York Town Square posts from the start. Then use “find” function on browser to search for keywords.
– Of course, you can always search for York Town Square posts on Google. For example, when you search for yorktownsquare and funeral homes, you get this.