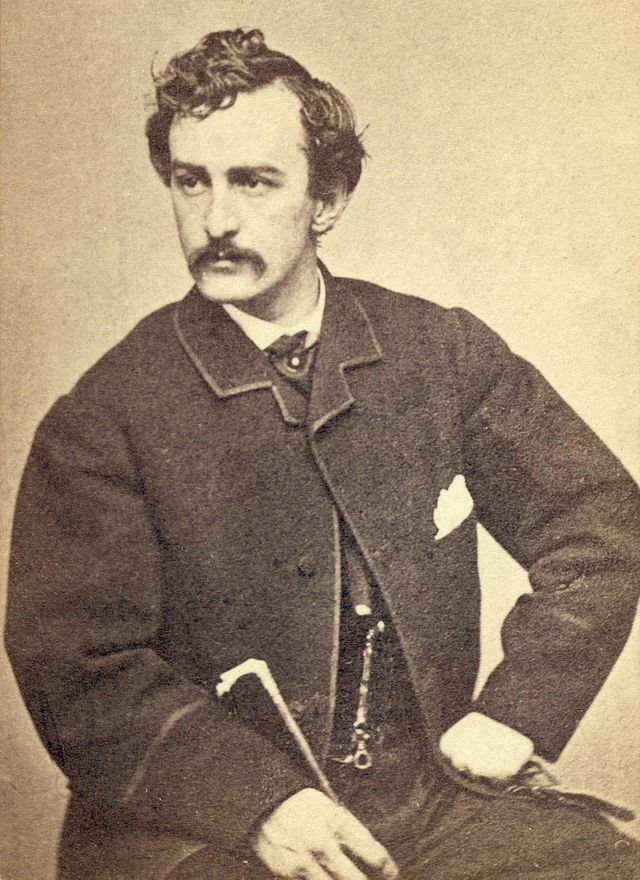 Those attending the recent Treasures of the Trust were treated to two photographs that served as a reminder of an infamous former resident here.
The photographs at this York County Heritage Trust-sponsored event captured John Wilkes Booth and the school he attended in York for a short spell in 1853.
An exhibit booklet said this of Booth and his school: …

“Located on Prospect Street, this private boys school was also known as Bland’s Boarding Academy. Some suggest this is where York County native Edmund also known as Edward or ‘Ned’ Spangler met Booth. Spangler was later convicted as one of Booth’s conspirators in the Lincoln Assassination.”

Yorker Ned Spangler was implicated – for caring for Booth’s horse while the assassin did he work – but he later gained a pardon after serving hard time in prison.
Years later, Clarence F. Cobb, a classmate of Booth’s, recalled: “Jack (Booth) was a bad boy and used to fag the smaller boys cruelly.”
His bullying inevitably led him to pick on the wrong guy – a short, stout boy from Maryland’s Eastern Shore.
“Jack had a yellow streak in him,” Cobb stated.
The archives table at the event also showed a photograph or daguerreotype by Glenalvin J. Goodridge. Morris Gardner had produced a machine and wanted to share it with cousin Israel Gardner, according to the booklet.
Goodridge captured it for posterity.
The most popular exhibit was the showing of a DVD of York in 1941. It captured City Hall, The Valencia Rainbow Grill, Reed Machinery and York Hospital and many other scenes from a year that was marked by a deadly polio outbreak and America’s entry into World War II.