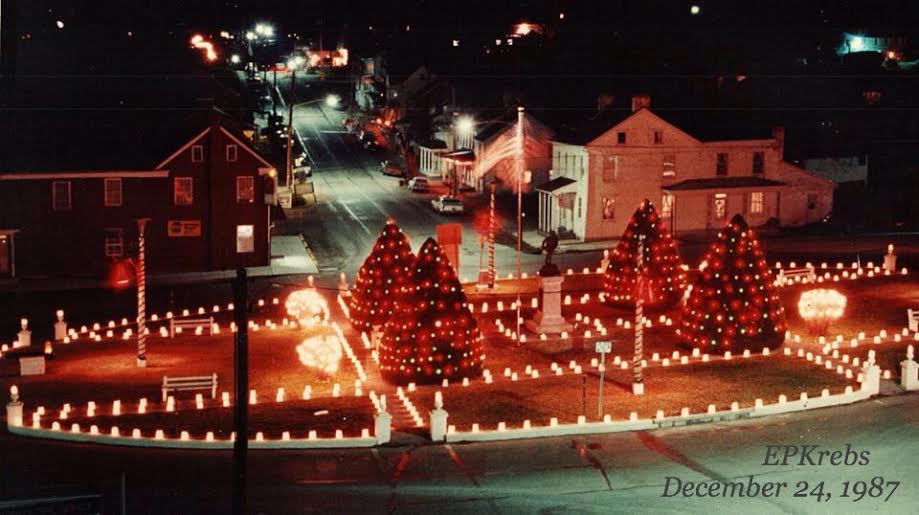 A recent post about Jefferson’s square brought this delightful photograph of the borough from Eric Krebs. He wrote: ‘The lights and white bags with candles were placed around the Jefferson Square every Christmas by the Jefferson Brothers of the Brush. This group of friends, 57 members strong was formed during the Jefferson Centennial in 1966. Today the group still gets together to socialize, not quite 57 members anymore, but we do like to socialize.’  This picture was taken pointing to Berlin Street from Baltimore Street. ‘The white home in my picture is the same home in the very far left of the original picture,’ he wrote. (See original photo below). ‘I took the picture from my rented bedroom window above the Serfass Insurance Agency owned at the time by Gerald Serfass Sr.’ More from Eric below. Also of interest: Jefferson, Goldsboro host the only two York County squares with a monument in which traffic moves in a circle around a monument.

Check out three views of Jefferson’s square randomly drawn from past YorkTownSquare posts, plus the original Facebook post below … . 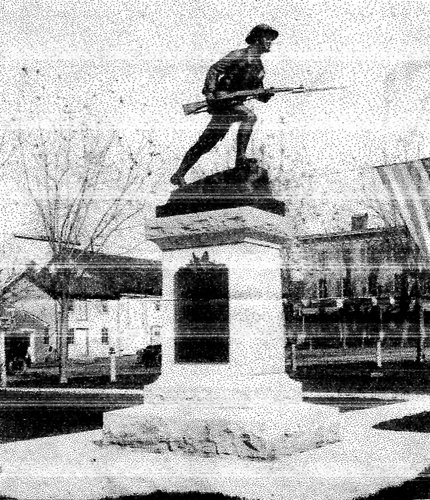 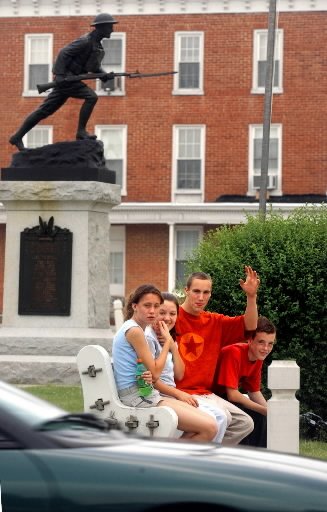 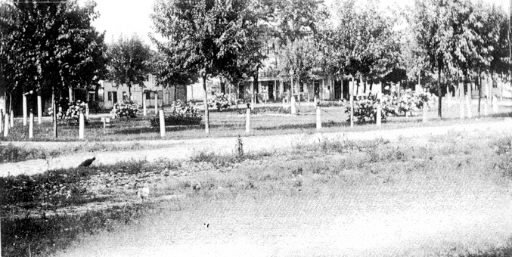 Jefferson Square in its unpaved state. Main roads in the borough were paved around 1927, and improvements took place soon thereafter.  Also of interest: Controversial mad hatter with colorful York County name tried to topple Old Hickory.
+++
From Eric Krebs: “I lived in the local pub for 21 years of my life as my father and grandfather owned Pete’s Place for over 50 years. I included a picture in my comments that I took on Christmas Eve 1987. (At top.) I have had so many positive comments on this picture I wish to share it as much as possible. I would like to see it archived and managed for years to come because it will never be seen like this again.” Now that it’s here, this wonderful scene of Jefferson at its best will be seen internationally for years to come.

And now, the History Mystery post that started it all: