‘Lewis Miller: Sketches and Chronicles’ at 50: How this monumental book came together 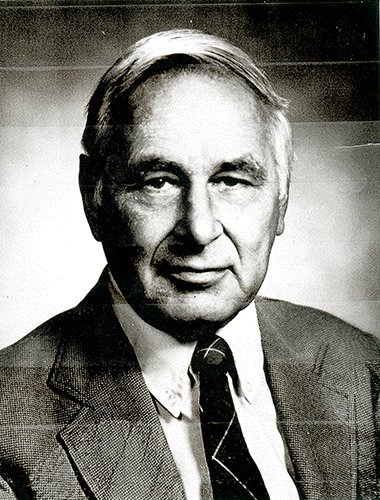 The book ‘Lewis Miller: Sketches and Chronicles – The Reflections of a Nineteenth Century Pennsylvania German Folk Artist’ has long been out of print, though available for purchase at various online booksellers  and occasionally found at local used book sales. How did this colorful collection of the artwork of the carpenter/artist (1796-1882) come about? York countian Richard F. Myers, seen here, played a major role in that 1966 work, using his family’s dining room table and his cellar photo lab. ‘Sketches and Chronicles’ was supplemented in 2014 by the publication of another York County Heritage Trust work: ‘Lewis Miller’s People.’ Also of interest: Lewis Miller’s ‘People’ and the York Daily Record’s ‘Faces’ meet up and New book portrays 700-plus York countians in the 1800s.

Jean Myers is a well-known and respected former York County teacher and principal.

From her longtime home at York’s Normandie Ridge Retirement Community, she remembers well the work of her late husband, Richard, in producing Lewis Miller’s ‘Sketches and Chronicles,’ a hardcover book that Amazon.com assesses as “profusely” illustrated. Well, Richard Myers deserves credit for making it so in working through a long summer 50 years ago to produce what Amazon describes as: “Wonderful folk art. An unusual book relating to York, PA.”

The book gained the attention of a New York Times reviewer, who wrote shortly after its publication: “In this book, there is room for only a fraction of Miller’s lifework. But it is a generous and well-chosen fraction, handsomely reproduced in colors that are generally true to the originals.”

Jean Myers answered questions about how the 185-page ‘Lewis Miller’ book came together soon-to-be 50 years ago. Her lightly edited responses appear below: 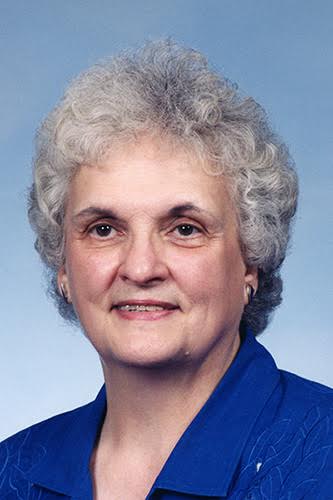 Q. Referencing Lewis Miller’s ‘Chronicles’: What role did your late husband have in producing this book? How did he gain this role?

A. During Dick’s employment as the Director of Public Relations for the Pennsylvania Historical and Museum Commission, one of his job assignments was to write about interesting historical material from all parts of Pa. He saw Lewis Miller prints really uncared for and knew they were valuable. He told S.K. Stevens, Executive Director of PHMC, and Robert Turner, president of the York County Historical Society, about this.

Q. How did Dick do his work?

A. In World War II, Dick was in a unit of photographic research. He learned the intricate process of color separation. He offered to do the color prints which he did all summer long in his cellar photo lab – a long, hard process. The editorial aspects and planning were done around our kitchen table. (The York County Historical Society’s) Eleanor Hipple helped with the index along with other volunteers. 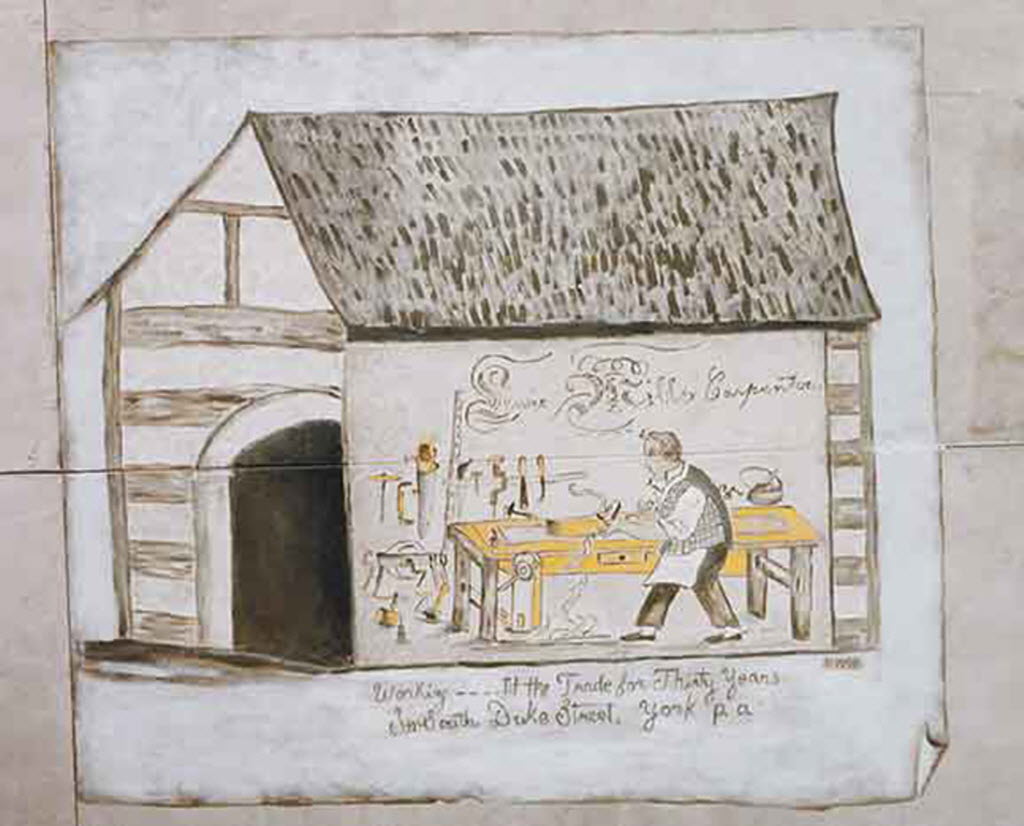 This Miller piece appears outdoors in York’s Cherry Lane, as do the two images below. Justine Landis and Mary L. Straup painted this mini-mural and several others as part of the Murals of York program, whose first mural went up 20 years ago, in 1995.

Q. Do you remember any stories that he told or you observed about Lewis Miller or any of the Miller drawings?

A. Dick hired Tom DeLong, a college student, to help him in the darkroom. They would laugh over the prints and also the written expressions. Dick was interested in the combination of English and German usage. During one lunch, when I served them sauerkraut, they wouldn’t eat it because they had just done the picture of John Lehman relieving his water through the window into Anthony Rutter’s tub of sauerkraut. They both appreciated the humor of a drawing showing the burning of an outhouse and many others. 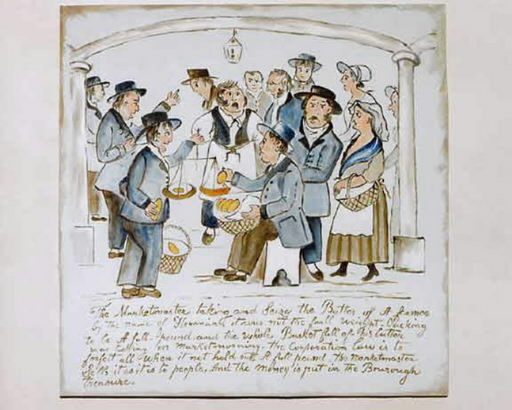 In an often humorous way, Miller captured engaging personalities and everyday events of York countians in the early and mid-1800s.

Q. Was he a fan of Lewis Miller?

A. He certainly was. He stayed with the printers to be sure they used the right amount of ink for each page. They followed his direction, and he spent hours with them. He gave up a whole summer to do the prints. He loved the artistry of Miller and wanted it reproduced exactly. He felt the book had great historical value and significance.

Q. After the book was published, did your husband ever talk about the work or his role in making it happen?

A. Yes, Dick talked about the book often. He was pleased with the color and the printing job. But he was not pleased with the written text. He felt that could be much better. The computer could improve that aspect and make it more readable. He would have done that if he had lived.

Q. Anything else that comes to mind about Lewis Miller, the book and your husband’s role in it?

A. Doing the Lewis Miller book over was the topic of his long list of things he wanted to do when he died. Dick was always doing projects. Tom DeLong said, “I didn’t just learn about photography. I learned how to work hard in doing that book with Dick.” 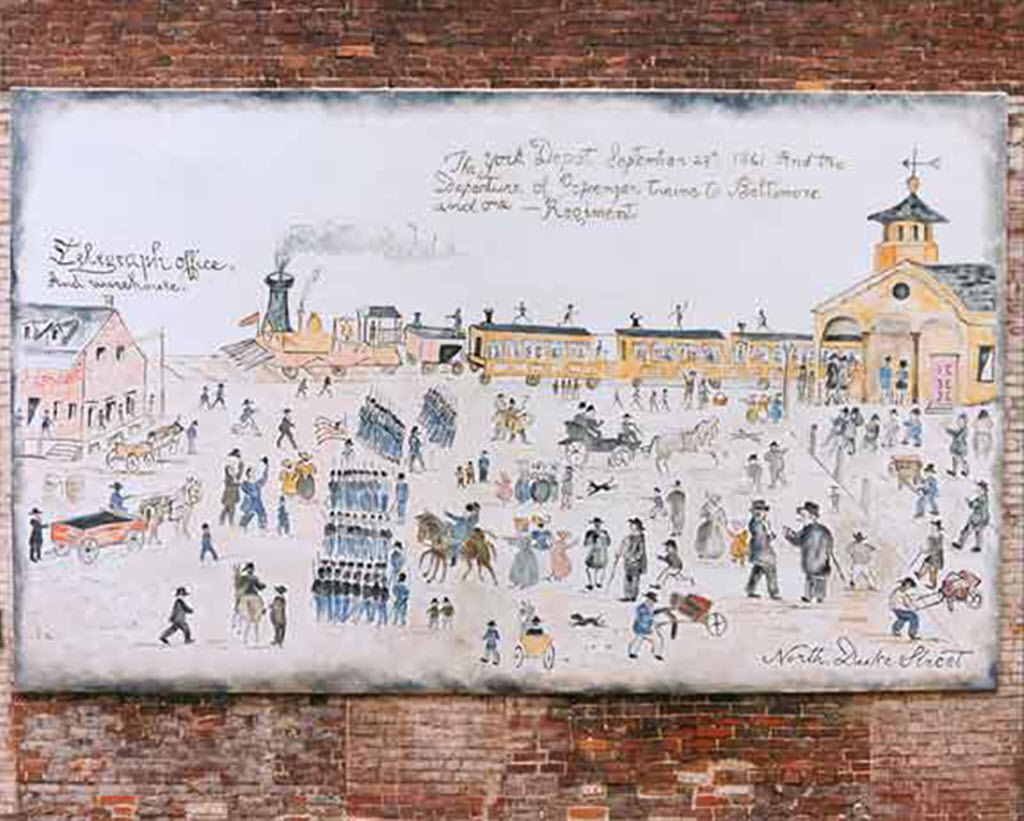 Miller’s work before photography makes York County, Pa., a well-documented community – one of the best-documented American communities in the 1800s.

Q. Are you a Lewis Miller fan? Why or why not? What was his contribution to York County and/or American history?

A. Yes, indeed, it is a contribution to York County and to American history. York County had the most prints since it was Miller’s home. We have no direct account of peoples’ lives, the way they lived, worked, interacted – the whole cultural aspect of society – other than through these and other drawings. The camera was not invented. We need to know in more detail than words express just how people lived and what life was like during that undocumented time. The book also shows how German culture was integrated into our American way of life. That is important for us now.” 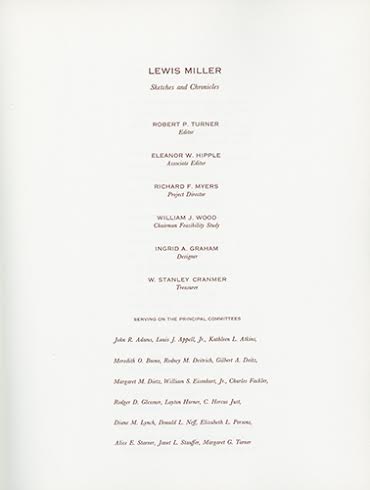 The credit page from ‘Sketches and Chronicles’ lists Dick Myers as project director and gives due tribute to the team who brought this valuable work to the public eye.