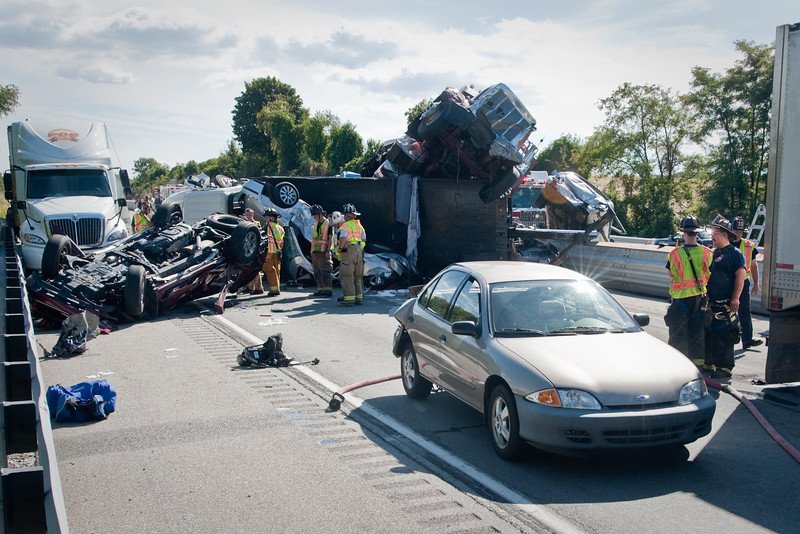 Thanks heavens, no one was killed. But this pileup of 10 vehicles on Interstate 83 in southern York County this week was one of the largest in number of vehicles in memory. Four tractor-trailers, five cars and one tow truck- hauling two vehicles – crashed near the Glen Rock exit. Seven people were treated for non-life-threatening injuries. A miracle. For detail, see: Bizarre accident. And or more photos, check out ydr.com’s Media Center. Unfortunately, York/Adams has sustained its share of mass casualties in accidents of all sorts. Also of interest: All Cops and Courts posts from the start.

This weekend, downtown York churches will be open for a history tour.

Habitat for Humanity will be the beneficiary.

“So much of our community never gets to see the beautiful art and architecture. Now you get to see it all in nine churches without having to sit through nine sermons,” a Habitat spokesman joked.

Love that sense of humor. For details, check out: Downtown church tour.

Church news of a different type: The Carroll County Times is reporting the theft of a 200-pound bell from a church down there. No, the thieves did not scale a steeple. It was taken from storage in Mount Airy. 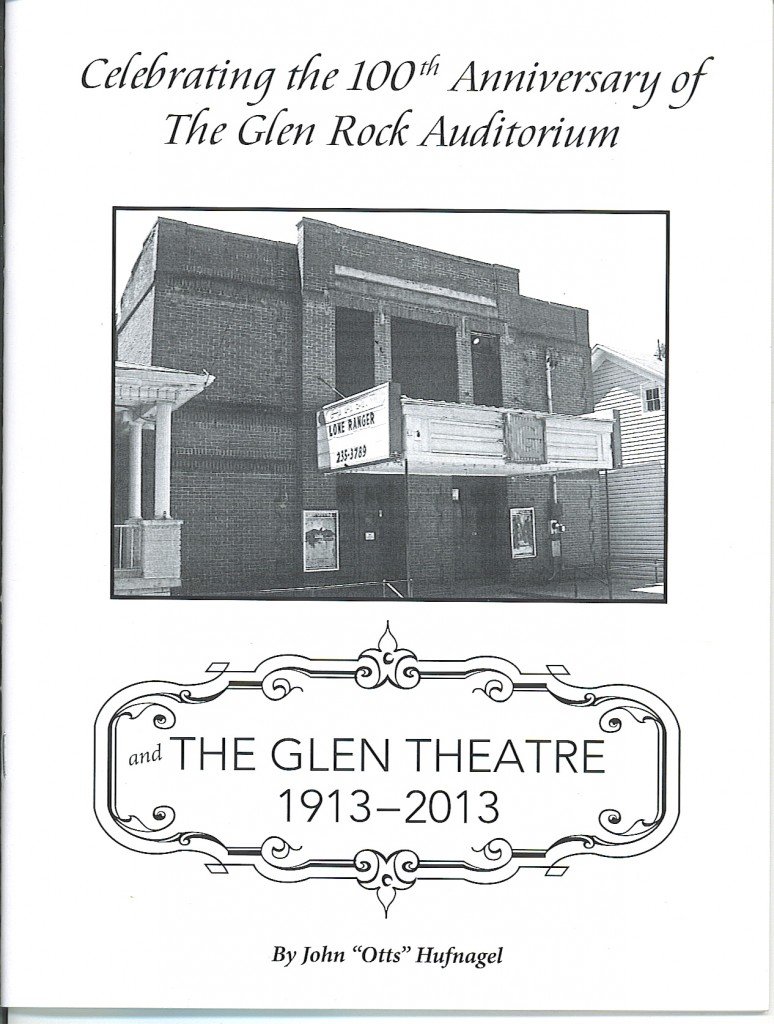 This 32-page book was written in time for the plaque dedication on at 4 p.m. Sunday, Sept. 29, in honor of the Glen Rock Auditorium and The Glen Theatre’s 100th anniversary. One will be given to each family attending the plaque dedication as a gift courtesy of the four plaque sponsors. They are Glen Rock Historic Preservation Society, PeoplesBank, The Glen Theatre and the Glen Rock American Legion. The book is also available by mail for $7.00 each plus $5.75 for priority postage via GRHPS.