In York, Pa., and Boston, Mass., police and emergency services workers are truly people who matter 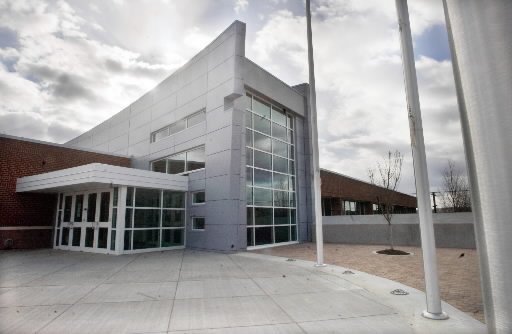 A memorial garden featuring the names of firefighters and police officers who have died in the line of duty is to the right of the York County emergency services building. The 911 center in Springettsbury Township is protected by a curved continuous concrete wall, between 18 and 24 inches wide. 911 operators are among the first responders when emergency strikes, truly people who matter. (See interior photo of the center below.) Also of interest: Deadly York fire: ‘There never was a more horrible one’.

I wrote a York Sunday News column about the law enforcement heroes before the in-the-line-of-duty death of Loganville Fire Chief Rodney Miller over the weekend.

What I said about the emergency workers in Boston applies to Rodney Miller and other law enforcement and emergency officers in York County.

Their work is heroic.

It was about 2 a.m. on the four-lane into Boston, and the most direct way to my hotel was blocked off.

This was the ramp, Exit 20, to the scene of the explosions that had caused pain, injury and death at the finish line of the Boston Marathon earlier that day.

So emergency workers were screening people going to the crime scene, and journalists weren’t likely on the approval list.

I had been up 20 hours and knew the rigors of covering this story in just a few hours. The hotel awaited, somewhere down that Exit 20 ramp.

So I took the risk that the gatekeeper at the exit would let me through or give me knowledgeable directions.

I pulled into the barricaded exit and rolled up to the awaiting fire policeman. I was expecting a sharp rebuke, but the officer was cordial.

No, you can’t get through, he said, and here is the most direct way to the Best Western.

And be safe backing up onto the highway.

* * *
I was in Boston to assist our parent company, Digital First Media, in covering this horrific story.

Police were everywhere in Boston, with good cause. An unknown number of terrorists were on the loose.

Here’s an example of their vigilance:

A couple of people were “acting up” outside the lobby of the hotel, where we had squeezed a team of 15-20 journalists into a hotel suite that served as a makeshift satellite newsroom.

In minutes, at least 15 police officers surrounded the pair.

Given the circumstances, they were just doing their job, backing up one another.

They asked one of the pair to empty a purse on the sidewalk, took a look and asked them to be on their way.

* * *
The point to all of this is that America badly needs heroes and police. Fortunately, police became just that in Boston.

We live in an age of cynicism – a post-modern age in which our culture pushes against absolutes and tradition and authority.

Things that were right are now wrong. And vice versa.

Anything that is big and has been around “a while” is suspect.

Choice rules. Cynicism is a common response when nothing is certain.

Cynicism and distrust permeate politics, resulting in gridlock. That extends to law enforcement, where we blame cops for just about everything.

Some people believe the news media – the newspaper – are the chief cynics. Well, not the journalists at the York Daily Record/Sunday News, as a general rule.

Journalists are taught to be adversarial and can be provocative, but there’s no place for hostility and cynicism in a profession in which fairness is the goal.

Indeed, our newsroom is combating cynicism by promoting heroes in our community.

Our weekly People Who Matter piece on the front of this section upholds York countians of achievement and accomplishment.

Others matter, too, of course. But our People Who Matter represents a sampling of people, often unsung, who do matter.

Eric Menzer and the York Revolution have partnered with us to promote People Who Matter. The team is awarding a selection of our picks with a first pitch at Sunday home games this season.

Jose Colon, a leader in York’s Hispanic community and board member for the Centro Hispano Jose Hernandez, was the first to try out his arm.

With a nod to officers in Boston, this week’s profile honors important players in law enforcement – 911 operators.

Anyway, as an intersection loomed in my walk to Dunkin’, a police officer came up and kindly walked me across the intersection. She no doubt is keenly aware of those Boston drivers.

She politely declined my offer to bring back a cup of coffee, so I extended it to four police officers standing on the far corner.

No, thank you, they said, but much appreciated.

I found myself thinking that these police officers were no doubt under stress. Any minute, terrorists might be barging through that very intersection.

So when their kinsmen caught the bad guy in the boat, the applause they received was richly deserved. 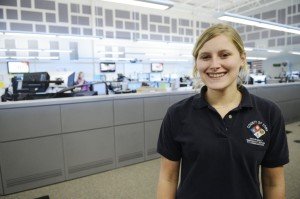 Check out these yorktownsquare.com posts about York County fires and fighters