In the former Formprest building: York countians locate things by what used to be there

York countians are good at this: When something is opening somewhere, we describe it as being in the former such and such building. Well, a wine bar on North George Street is going into the former Formprest cleaners building (white building above). The Handsome Cab is one of two wine bars opening in that area, examples of boutique-like business opening its doors in that part of town. Like others in the Market/Arts District, it will devote upper-floor space to art galleries and studios. The business is expected to open late this year or next. See a photo gallery of the old building’s interior and this FlipsidePa.com story that explains more. Here’s a former building example:  1 York, Pa. building, 100 years: From Red’s bikes to Redeux market. Also of interest: It’s a fun game: What used to where in York County, Pa.

York countians also have another saying. They just don’t make them like this anymore. The once-attractive staircase in the old Formprest building no doubt will be spruced up, when it leads to artist lofts and studios.

Too often, buildings are named for achievers.

Then with the passing of years, their identity is lost. So remember the hero behind the Spc. Cameron Stambaugh Bridge in Spring Grove. The 20-year-old died in combat in Afghanistan in 2012.

Spring Grove’s mayor reinforced his heroism and impact in a dedication ceremony recently:

“Naming a bridge after Spc. Cameron J. Stambaugh seems like a relatively small gesture when compared to the tremendous impact he had on friends, family and his country, said Spring Grove Mayor Delores Aumen,” the York Daily Record reported. 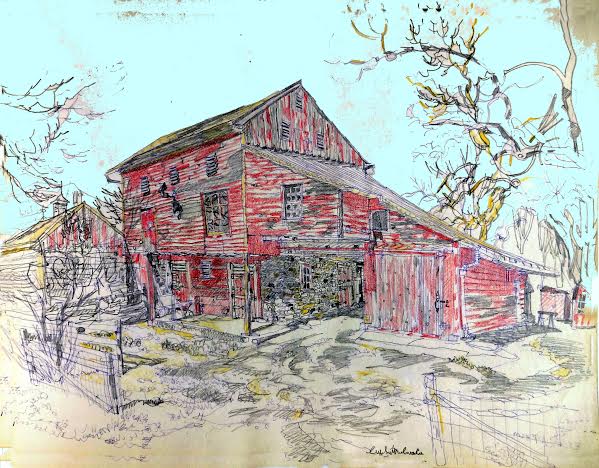 Artist Cliff Satterthwaite provide these views of a barn and farmhouse on old Route 30, seen ‘in two directions.’ 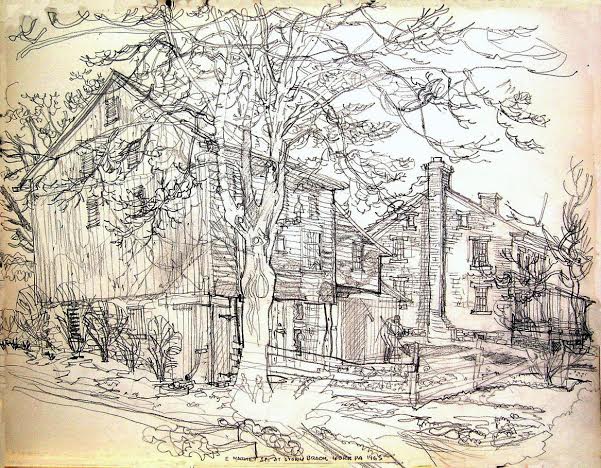 Can you ID the location of this farmstead? If so, please comment by Stephen H. Smith below.