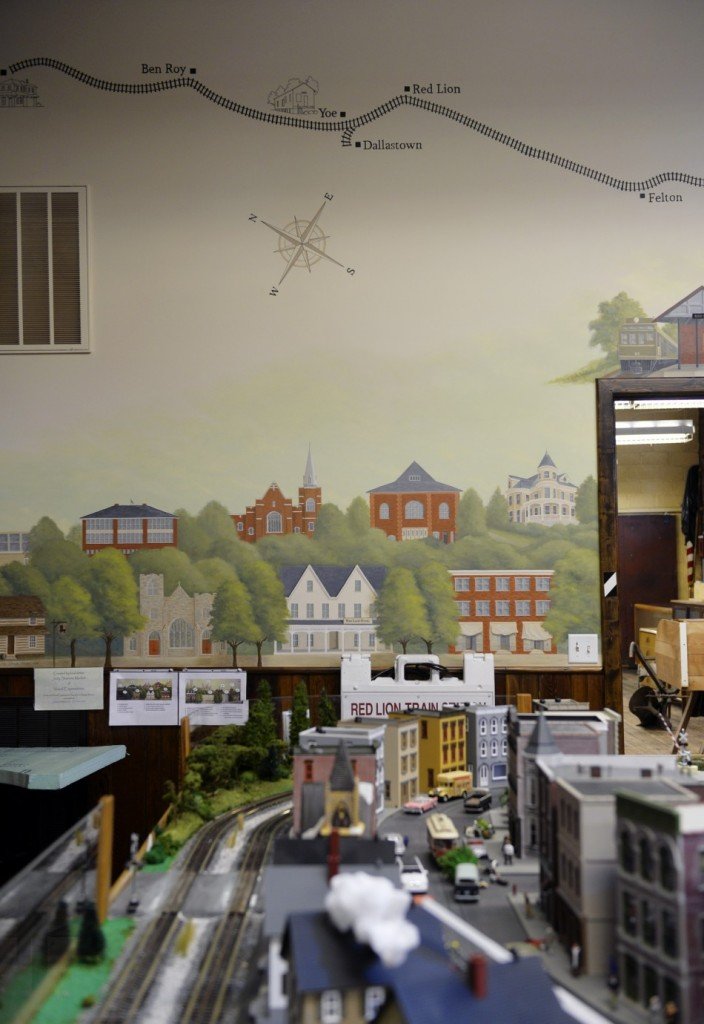 The upcoming holiday season represents a favorite time to see model train displays around York County, Pa. Here’s a permanent display, a look at the Maryland and Pennsylvania Railroad line. It’s in the Red Lion Train Station Model Railroaders Club in the Red Lion Area Historical Society’s Ma & Pa Railroad Station Museum. There’s some real railroad work going on outside. A section measuring 190 feet of the old line is being restored near the station, as this YDR story details. Also of interest: In Red Lion: Working on the Ma & Pa Railroad.

Eric Conner of Lancaster has a large collection of Pennsylvania gubernatorial memorabilia.

He has some stuff, of course, from the current Corbett-Wolf campaign. His collection goes back to 1820.

He wrote this in a recent press release:

“When I was about age 12, I stumbled upon a bag of Richard Nixon buttons that my father had worn during his college years. That small discovery sparked my interest in political buttons. As with any new collector, I started collecting anything and everything political but quickly realized that I needed a specialty. Being a native of Pennsylvania, collecting Pennsylvania items seemed a natural choice. Over the years I have narrowed my collecting focus to specifically Pennsylvania governor items.”

He still has the Nixon buttons.

“They’re not valuable at all, but they’re sentimental to me,” he wrote.
+++ 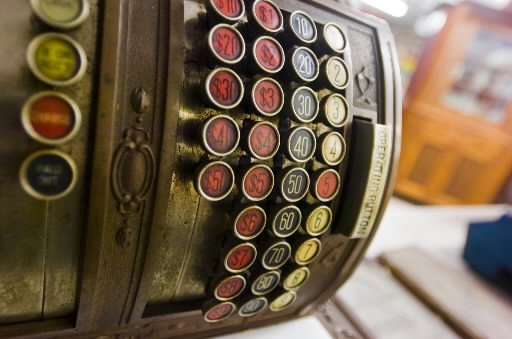 This old cash register used to ring up the dollars at Hanover’s Tanger Hardware. It’s part of Rick Kress’s M&J Hanover Museum.  The Evening Sun is relocated to Tanger’s original home in Hanover’s downtown. For photos of the Evening Sun’s staff tour of the old Tanger building, check out: Hanover hardware.

Antique cars: An immense antique auto show, including a bunch of Tuckers, has opened in Hershey. Check out: AACA Museum.

+++   History mystery photo: This proved harder for YDR Facebook viewers to solve than I thought it would be. But YorkTownSquare readers will have no problem with this one: