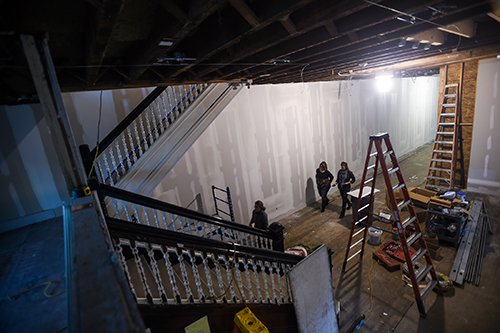 These steps lead to … well upstairs at The Evening Sun’s new digs in the old Tanger Hardware building, 37 Broadway, in downtown Hanover, Pa. The newsroom and advertising departments will work on two floors of the former retailer. The Evening Sun specializes in digital gathering and delivery of news and other content, in addition to its three-day-a-week newspaper. So in an interesting twist of how language and business changes, Hanover has a digital newsroom specializing in use of software moving into former hardware store space. See an additional photo of this wonderful office space below. And check out this series about York County stairs: These steps lead to nowhere. Also of interest: Hanover stands as York County’s oldest borough. 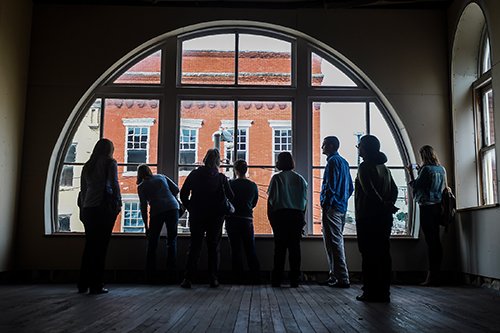 My excerpted and edited reply:

“As you research shows, there were hundreds of cigarmakers and tobacco shops all over York County. 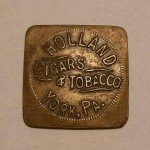 “There might be information at the York County Heritage Trust Library, www.yorkheritage.org, on that particular shop. But there were so many shops … .

“By the way, one of the things that has struck me most significantly is that people knew the high nicotine content of local cigars. I thought the impact of nicotine was relatively recent in origin. Check out this story.

+++
Glen Rock history: On Oct. 28, Glenn Geiple will talk about various changes to undertaking since the Geiple Funeral Home was founded in 1880. Details, check out the historical society’s website. The Glen Rock Historic Preservation Society Museum will be open Nov. 9 from 2 to 4 pm.

+++
History mystery: Well, the rain might have dampened the colors but hopefully not your ability to answer this quiz.