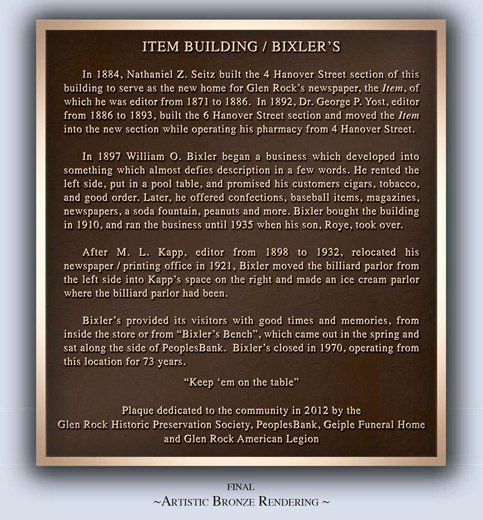 Glen Rock’s Historic Preservation Society is on a mission to mark buildings of note throughout that southern York County borough. The 2012 plaque goes to the Hanover Street building housing the Item, Glen Rock’s now-defunct newspaper. Dedication is set for 4 p.m., Oct. 14, following another repeated event, a ‘Walk Around the Rock,’ at 1 p.m. Details: grhps.org. Also, check out the historical group’s Facebook page. And see two photos from a recent Glen Rock CCC camp reenactment below. Also of interest: Past Glen Rock plaque recognized the old Cold Spring Hotel.

The old Gettysburg Electric Map is coming to Hanover, to sit alongside a similar map explaining the Battle of Hanover.

So, who is constructing the Hanover map?

It’s already made. A high school student performed the work some time ago as a senior class project.

Playing the field: OK, Sovereign Bank Stadium in York was put to a different use for an unusual sport over the weekend. Croquet. Who plays that anymore? Well, York Rotarians played croquet, on a large scale.

In the news: Harley-Davidson’s Springettsbury Township plant made the news, big time, by gaining this headline and article in the Wall Street Journal: Harley Ready to Ride Out Rough Patches.

Forum of the day, I: Exchangers are discussing “Hey, we’re famous, a thread about York being on NPR’s “Wait, wait … don’t tell me.”  It was a story about a vandal with a spelling impediment.

Forum of the day, II: Two groups are debating where to put a veteran memorial plaque in Bittersville, Lower Windsor Township. Should the plaque be returned to the church where it resided for years or is the current holder, the township’s historical society, a better owner? Background: Where is York County’s Bittersville, site of dispute over veterans memorial marker? 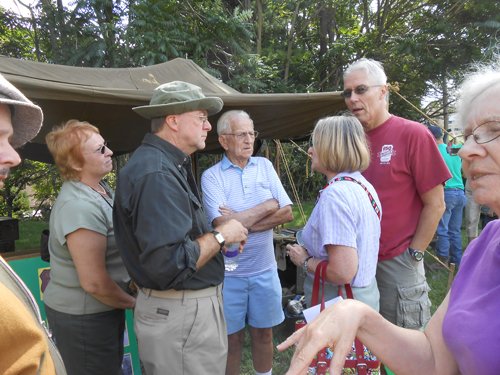 Vincent Quinn, Commander Emeritus, center,  is a Glen Rock rresident and one of a handful of surviving members of the CCC Camp in Glen Rock. He’s 94. This photograph comes  from the Glen Rock Historic Preservation Society recent reenactment, which drew 120 people. 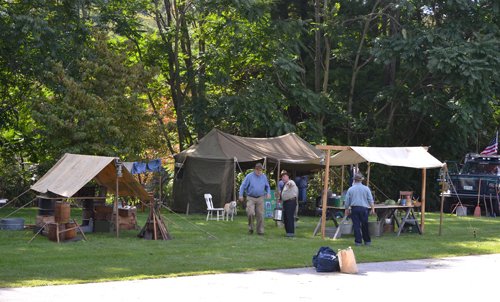