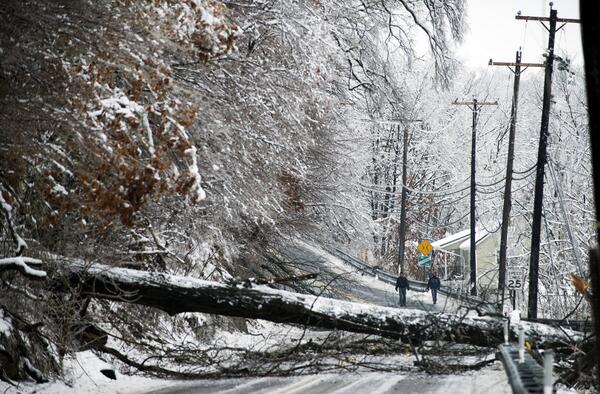 York, Pa., Daily Record/Sunday News columnist Mike Argento used the term ‘Icepocalypse’ in a Tweet about this week’s ice storm: ‘Trees down everywhere. No cars on the roads. Power out everywhere. It’s the Icepocalypse.’ At one point, 70,000 York County residents were without power. Mike’s label fit. So out of all the thousands of photos YDR professionals and residents captured of ‘Icepocalypse,’ this Paul Kuehnel photo from Glen Rock tells the clearest image of the storm. If the storm can fell a tree of this size, ‘Icepocalypse’ works as a name for that storm. Also of interest: Big snows in York County: These 8 photographs show their impact. and Did you weather these memorable blizzards in York County’s and nation’s past?

This week’s ice storm was suitably the 13th snowstorm York County and the region has weathered this winter.

The eery aftermath of the storm provides people behind their cameras with the opportunity to document the event.

1. Readers submitted their backyard photos via YDR.com’s Your Photos. 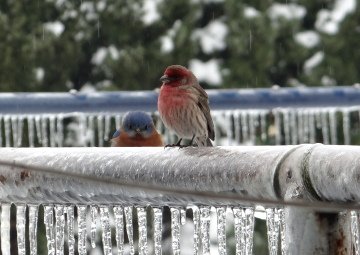 2. This YDR.com photo gallery collected images from news photographers across the region:

3. Short-form videos tell the story. Here’s a bunch of these 45-second videos.

4. Some community FB pages posted photos of the storm. Here, Tom Kerrigan’s ‘You’re Probably from Glen Rock If …’  page tells Glen Rockers at home and far away about the storm’s sizable impact on that area.

5. YDR.com collected a bunch of photos from readers with a social media tool called “Storify” that lays them out like this: Reader photos.

6. A Glen Rock-area resident tells about how a falling tree crashed into his house:

7. This excellent YDR photo tells the story of a typical York County scene:

8. This YDR blog pulls in social media with photos from all over the state.

9. YDR photographer Jason Plotkin shows workers at the York Expo Center staging area. They’re back at it today in efforts to restore power to stranded residents. 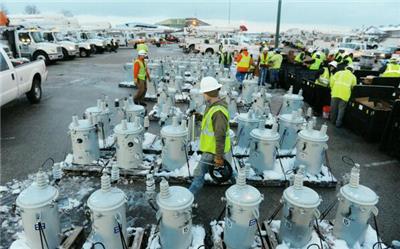 10. YDR Facebook provided a platform for York countians to tell about the storm. These capture early morning comments: