Ice fishing in York County, Pa.: ‘You just sit with your back to the wind …’ 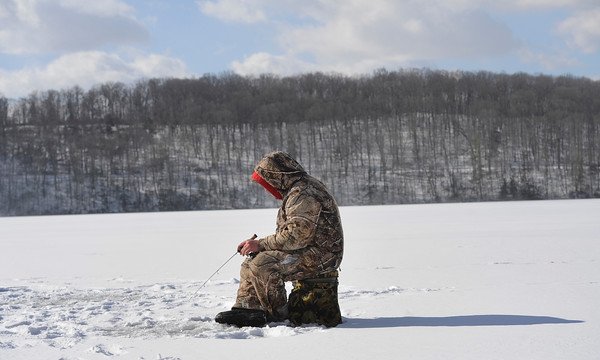 Someone in the York, Pa., Daily Record office said the only way it would have been colder for ice fishing is if the anglers had been sitting on a block of ice. But actually it was colder this week … over at Lake Redman. So this fisherman and his partner moved to the somehow warmer air at nearby Lake Williams to ply their craft. Jason Plotkin braved this assignment and captured these photos, accompanied by YDR colleague Mike Argento. Mike’s story carried this headline: Ice fishin’ isn’t for the meek. No, it isn’t. Also of interest … about warm-weather fishing: Fisherman about Codorus Creek in York: ‘Was pleasantly surprised by the variety of fish. 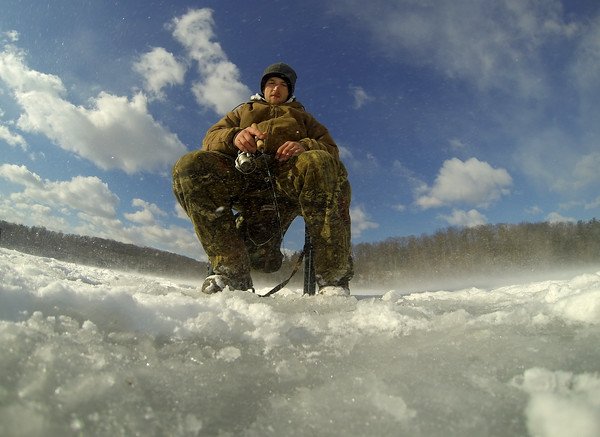 How do you keep warm when you sit in the middle of a frozen lake with a line through a hole in the ice? One 77-year-old fisherman told Mike Argento: ‘Today, it’s not so bad. You just sit with your back to the wind when you get too cold; you get up and cut another hole. That warms you up.’ And Jason Plotkin could have used a warm-up strategy after capturing this scene flat on his stomach. Check out this MediaCenter gallery of Jason Plotkin’s ice fishing photos.

In a recent post, I predicted a field trip to see remnants of the old canal at York Haven. Yorkblogger Stephen H. Smith indicated it would take waders and more to check out the old prism. He wrote:

“I was exploring the area in and around York Haven a few days before I did those posts; cold, but also easy to see through wooded areas to waters edge.  The canal started at an elevation at the top of the Conewago Falls and carried that same elevation until it reached the two locks that were basically where the Paper Mill was located.  The dams added by the Paper Mill and expanded by the Power Plant raised the water surface elevation about four feet above the top of the falls; therefore any remnants of the canal are about four feet under water.  Additionally through years of silt that usually builds up behind dams, any remnants of the canal are likely covered with layers of mud and silt.  If the York Haven Power Company ever lowers the level of the water behind the dam for a significant amount of time, that would be a neat thing to explore; be it short lived, because eventually filling the water to working elevation, for power company operation, would again cover any canal remains.” 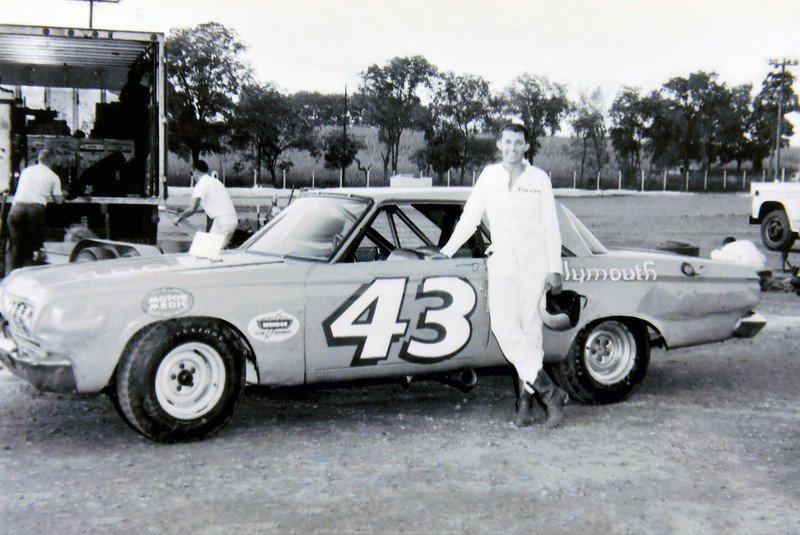 It’s pretty amazing how many drivers whose names we all know raced at Williams Grove and Lincoln Speedway. As one example, that’s Richard Petty at Lincoln in 1965, in this Eastern Museum of Motor Racing photo. The YDR’s Brad Jennings provides a lineup of such greats: NASCAR once ran dirt tracks at Lincoln, Williams Grove speedways. 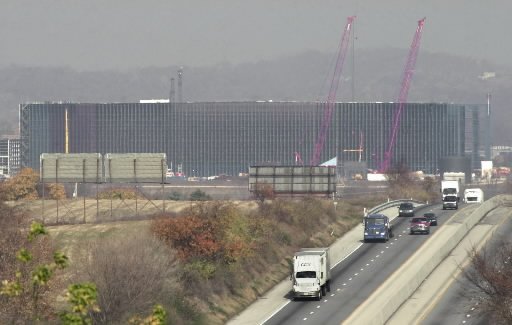 A recent study tells us what any York countian can see: This area ranks high in the location of distribution centers. Target just opened a fulfillment center in West Manchester Township. That one is a bit off the main road, Route 30. But this one isn’t. ES3, seen in 2001, is the most prominent of such centers – standing tall along Interstate 83. York has always been in the middle of things – and that’s just what captains of warehousing want.
+++
Cliff at work 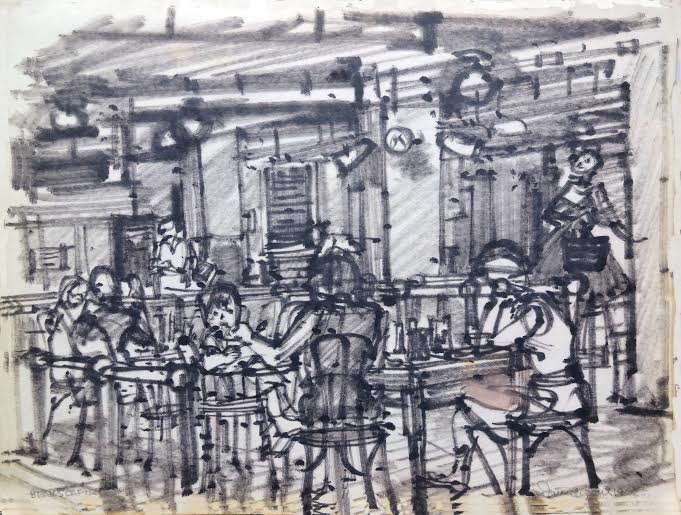 Bear’s Cafeteria emerges in this undated Cliff Satterthwaite drawing. He used a felt tip pen to capture this scene that he ran across when searching for a picture of a subterranean wine cellar in York, Pa.

+++
History Mystery: You’ve just seen big buildings around York, Pa. Here was a big building in its day, not far from where Cliff Satterthwaite was inking his drawing, also above: