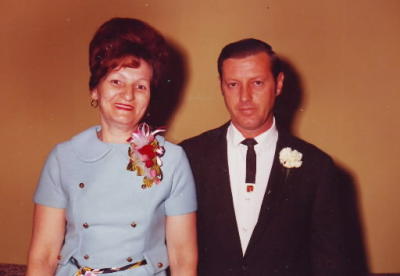 This is in many ways a picture of a typical York County couple, Richard and Nancy Trimmer, shown at wedding of their son in 1972.  But the couple was far from typical. They were very special. The high school sweathearts were married for 61 years. They raised six children.  They died recently within 12 hours of each other. ‘She didn’t want to be in the house without him,’ a family member told the Associated Press.  ‘It was all just getting too hard, so God took care of it.’ The Hanover Evening Sun told their story and the popular international website, The Huffington Post, picked it up, among many other news sites. It gained widespread circulation and reaction – 15 pages of comments on The Huffington Post. Interestingly, another York County couple, Ed and Grace Bupp, also died within hours in November. One could argue that such stories also happen elsewhere. They do, indeed. But these are our stories – York County stories – the stories of lifelong York countians who make our county the wonderful place it is. (See recent photo of the Trimmers below.) Also of interest: Check out these stories of other longtime York County families.

Ken Ludwig is a York County native and award-winning playwright.

He’ll visit the financially troubled York Little Theatre in his hometown in February to watch the production of his comedy “Leading Ladies.”

The play has a York County setting, and that will further focus the spotlight on the celebrity’s visit to his hometown.

York County needs to do a better job bringing its sons and daughters back home and showing them off. There’s a bunch of such achievers.

Here’s a story about another local boy who made good: A York Suburban grad, Adam Sharp, heads the fast-growing social media site Pinterest.

Forum of the day: Exchangers are talking at the Bon-Ton’s closure at its longtime West Manchester Mall home. Indeed, the mall itself, for years the west side’s largest suburban shopping center offsetting the York Mall to the east, is undergoing major changes.