How York, Pa., kept its cool in the Roaring Twenties

Love these old postcards, and there are 75 more over at YDR’s Media Center. This, of course, is the old Farquhar Park pool or Boys Club Pool etc. This is one of the most compelling scenes I’ve seen of the often-depicted swimming spot, indicating the northwest York City pool’s popularity in 1924. Detail is interesting. What’s with the umbrella, lower, right center. And notice the youngster at lower, left, in this image sitting on the fence. Ouch! Also of interest: About York’s Farquhar pool’s water: ‘He would demonstrate the safeness by drinking a cup’.

Pop artist Jeff Koons gives a shoutout to the York County Heritage Trust, then the historical society, in a news media event at the opening of his big exhibit in New York City. Check out other coverage from the Whitney Museum’s opening: This photo gallery and a story with a headline that begins: ‘Jeff Koons speaks about York roots… .’

Another photo gallery: This is a national gallery showing the nation’s 11 most endangered historic places. And No. 1 is … . 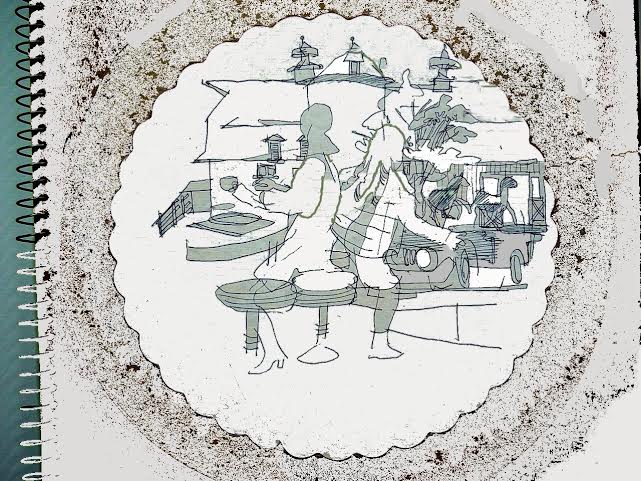 Cliff Satterthwaite appears to have captured a scene of the now-demolished Avalong barn at Whiteford and Mount Zion Road in Springettsbury Township. He sketched it on a Avalong restaurant dessert doily. He made dozens of these on placemats, he wrote, when he didn’t have a sketch book.