How York Fair looked from the air in 1932, Part II 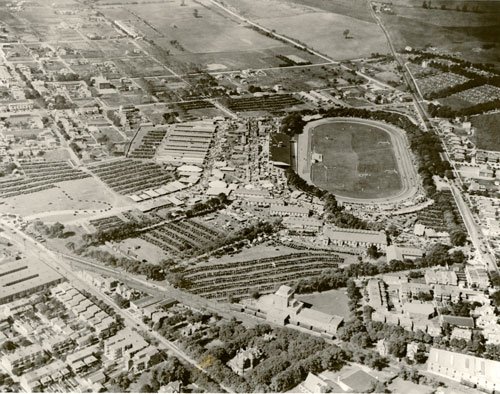 This is another 1932 York Fair photograph, courtesy of the York County Heritage Trust. What might be just as absorbing as the uncovered bandstand across the the 1926 grandstand is the area outside the York Fair’s fence. Look north in all directions, and there just isn’t much to see other than farmland. Anything else catch your eye? Please comment below. The aerial view was captured by the Madison Bay Company of East Berlin. For all kinds of 2014 York Fair photos and stuff, check out: From food to farm animals. Also of interest: Loop the Loop at the York Fair and other York County postcard views.

Here’s a shout for York Fair Memories, a Facebook group whose mission is clear. Their goal is to top 500 fans by the start of the fair on Friday.

Here are some of the memories found on the site, courtesy of Nick Pugh:

“I was waiting for someone to create a group for the York Fair. My memories go back to the early 1980’s and on. Unfortunately a while back I sold most of my york fair photos to a collector (I had 100’s of them). I still have a few and will post some now and then. I hope this isn’t considered bashing but I do miss the fair of years gone by. The past few years have not been that great. I sure do miss the “big iron” rides of Reithoffer, side shows, different free attractions, grandstand shows every night and the atmosphere of days gone by. The fair lost a lot when some of the local vendors stopped showing up due to high rent. I hope someday the fair can go back to its local roots.  Overall I still love the york fair.” 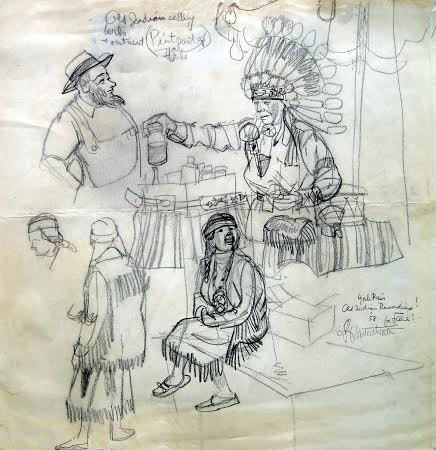 Cliff Satterthwaite potrays an American Indian and his wife at the York Fair in 1958. For more of Cliff’s worked, check out the Satterthwaite category.

Popular post: Which acts played the York Fair the year you were born?

Drive by the York Fair during set up and you see all kinds of animals.

All kinds of posts about York Fair history
Teddy Roosevelt at the York Fair: ‘I know York county farmers are prosperous. Their barns are bigger than their houses’.
This York Fair mural is fading from sight .
Good old days at the York Fair were at least old.
JFK received grand applause at York Fair visit.
Young curators produce York Fair exhibit: ‘A Fair of Our Own’.
All’s Fair blog gives all kinds of insight about York Fair.
Both Yanks, Rebs camped at old York Fairgrounds.
‘The lower she sank in her chair’.