These are scenes from the annual event in which York County, Pa., honors survivors of Pearl Harbor and the Battle of the Bulge, connected to the anniverary of  ‘the day that will live in infamy.’ This Pearl Harbor observance photo gallery captures even more of the day. At Autumn House East, Mary Moon was among those honored. She was one of the first 288 women officers commissioned in the regular Navy under the provisions of the Women’s Armed Services Integration Act of 1948, according to York County Heritage Trust records. The contributions of Mary Moon and other women who served in World War II have been overlooked. But not this time. This ydr.com story cast the spotlight on Mary Moon. Autumn House’s Melissa Markel got it right about her resident Navy veterans and others honored on Pearl Harbor Day: ‘I can do whatever I want to do, I can say whatever I want to say, I can be whatever I want to be because of Mary, and other veterans who have served the country.’ Also of interest: Pearl Harbor resident with York, Pa., ties: ‘I always said we would never know the real thing if it would ever happen’.

Seems as if you can’t get enough of those photos depicting the tragedy of Pearl Harbor.

Well, how about viewing 77 of them, courtesy of this Media Center photo gallery. Caution: You won’t be able to stop from moving through these photos. 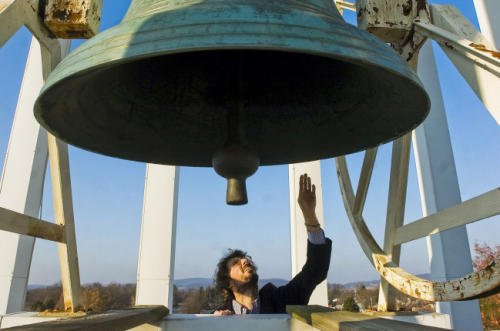 St. Mark Lutheran Church in Hanover is observing its 150th anniversary. So it’s natural to visit one of the oldest parts of the church, its bell. Check out the bell’s – and church’s history (with more photos) – as presented by this Hanover Evening Sun story.

Big Macs in the news: Chambersburg, over in Franklin County, got its first McDonald’s in 1972. Now it has a new one on the footprint of its pioneer, and opened it with a long line of hopefuls seeking a free Big Mac for a year. When did the York-area get its first McDonald’s? It was in 1970, and you can find out where: McStore.

Can’t miss read: Hanover Evening Sun Editor Marc Charisse wrote a column with this intriguing headline:  Bookstores, battlefields and a hot cup of coffee. You’ll have to click on the link to find out what that’s about.