Ways to research African-American family history in York County & beyond 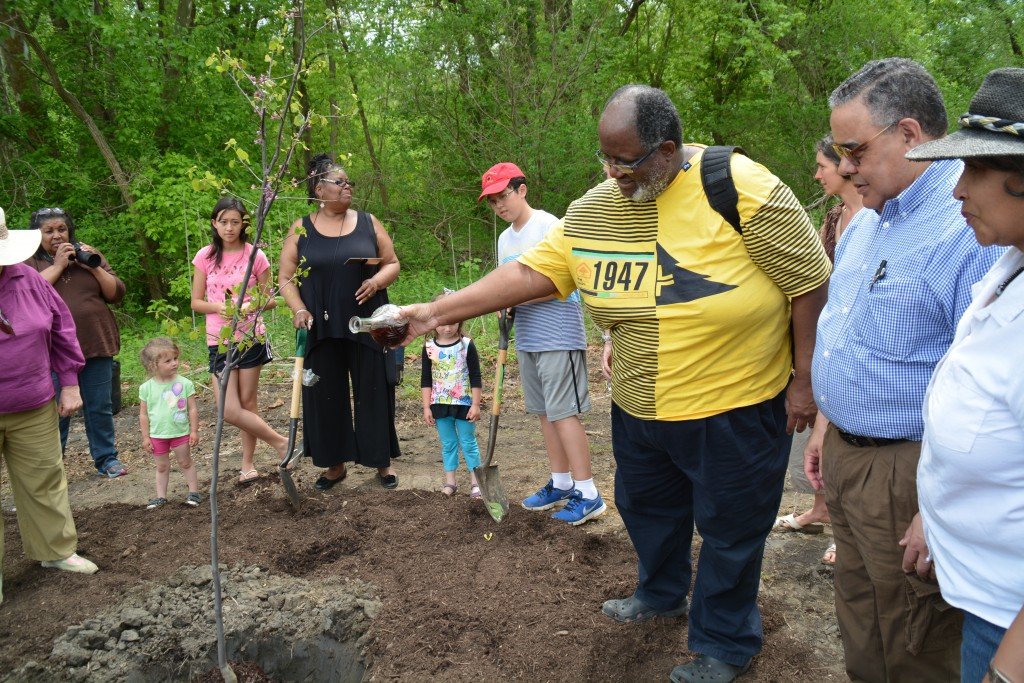 Springettsbury Township’s Myra “Neicy” DeShields-Moulton emailed this photo (and one below)  of a gathering at Berkley Historic District near Darlington in Harford County, Md.   Descendants of Cupid Paca (Peaco), who donated land for the Hosanna School, part of the district, are pictured here. ‘Several of the African-American early and mid-19th century houses still stand, including the earliest – the original Peca/Paca site,’ a registration form for placement of the district on the National Register of Historic Places states.  Also of interest: Black Civil War soldiers sought pensions to recognize wounds.

That district was new to me, and Neicy’s extensive efforts to understand her family’s past caught the eye of other York Daily Record/Sunday News editors.

You can enjoy the full story with its engaging photos of Neicy and her mother, Barbara DeShields, in doing genealogical fieldwork. Neicy’s tips on family tree research might prove to be particularly helpful here:

Want to research your family tree?

– “Finding a Place Called Home: A Guide to African-American Genealogy and Historical Identity,” by Dee Parmer Woodtor, and

– In addition, the Reginald F. Lewis Museum of Maryland African American History & Culture in Baltimore has a Resource Center that offers family history sessions on Wednesdays, Fridays, the first and third Saturday of each month, or by appointment. The programs are not limited to families from Maryland. The museum also holds a genealogy program once a quarter.

For more information, contact the Resource Center at (443) 263-1816, or by email: resourcecenter@maamc.org. The museum’s web address is www.rflewismuseum.org

– The York County Heritage Trust has files on many York County families, including African-American families. Contact the trust at (717) 848-1587 or visit its website, www.yorkheritage.org.

– The Afro-American Historical and Genealogical Society is a membership organization, with chapters around the country, that publishes a bi-monthly newsletter and twice-yearly journal and holds a conference each year.

This year’s conference will be held Oct. 9-12 in Pittsburgh on the topic, “Weaving Our Past, Present and Future: Slavery, Abolition, Freedom and All that Jazz.” The society’s website is www.aahgs.org.

The society can be reached by email at info@AAHGS.org.

– Cyndi’s List of Genealogy Sites on the Internet has a page with links to websites for African-American genealogy research. www.Cyndislist.com/african-american.

Hosanna School; 1868; HA-210; National Register. One of two surviving Freedmen’s Bureau schools in  Harford County, the Hosanna School was a center of African-American education until it closed in 1945.  Originally two stories tall (the second story was demolished in a hurricane in the 1940s), the gable-roof building has a small entry vestibule and one large, three-bay deep schoolroom. It retains its original black board, simple  pine paneling, and raised teacher’s dais. It was restored c. 1990 with State bond bill funds.
Hosanna A.M.E. Church; 1880 (with additions); HA-211. Still serving the religious needs of descendants of the original worshippers, the frame, gable-roof church probably replaced an earlier structure. (The adjacent cemetery was established in the early 19th century.) It is three bays deep with a small, one-bay entry vestibule. There is an adjacent stuccoed parish house (1949) and annex (1961) which are smaller in scale than the church and do not detract from it.
Paca/Peaker House; c. 1822 (with alterations); HA-1044. A two-story, two-part frame-over-log gable-roof dwelling constructed by Cupid Paca (later Peaker) on 50 acres of land purchased from the Rigbie heirs in 1822. Peaker, described in the deed as a ” free man of color,” founded the notable family that played crucial roles in establishing the Hosanna Church, Cemetery, and School, all built on that 50-acre tract. (See Significance.) On his death in 1847, Peaker left “the homestead property” to his son Joseph. Joseph Peaker and his wife, Sarah, died intestate and in debt and in 1897 the property (diminished to 12 acres) was sold out of the family. 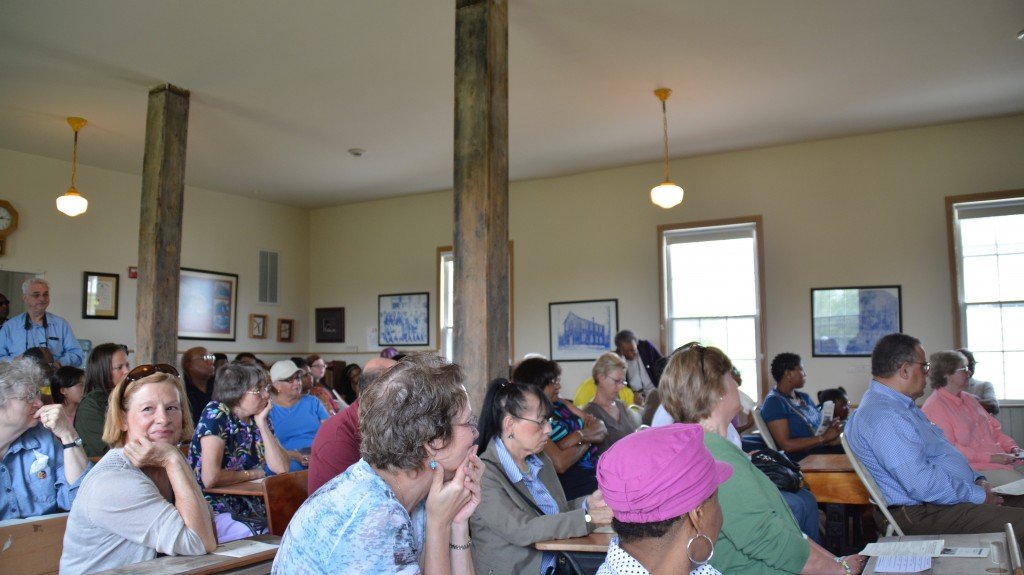 The gathering in Hosanna School in northern Maryland’s Berkley Historic District. Neicy DeShields-Moulton says this about what drives her pursuit of family history:  “It was the color thing that struck me the most, because everyone was different colors.”

All YorkTownSquare.com posts on about genealogy and family research from the start.

Check out these stories and photos about York County’s black history.