How do you move a York, Pa., house? Mules and greased logs are out of style 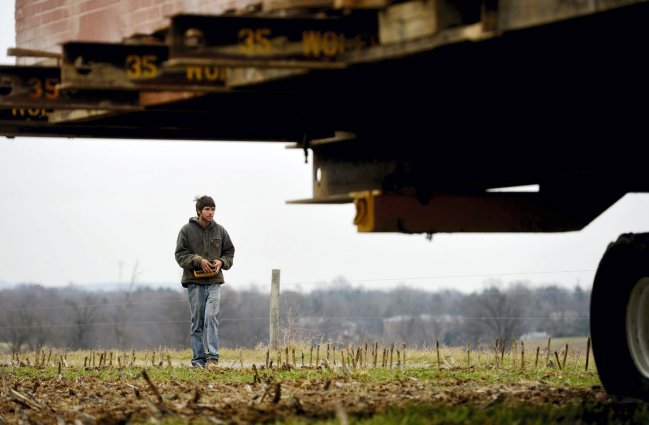 How do you move a house today? In East Manchester Township this week, a house was moved via remote control in the hands of Wolfe House and Building Movers. This rancher, in the Gross family for years, was moved to make way for a mammoth warehouse.  In 1905, a prominent York Pa., farmhouse was moved via mules and greased logs.  Also of interest: York County major growth industry: Warehousing and distribution.

It’s a sign of the times in York County, something that’s been going on for years. Farmland is giving way to development.

This time, in East Manchester, it’s land that has been in the Gross family for generations. Going up is a warehouse, York County’s largest. And we have some large ones. +++

The growth of distribution centers along 83 is picking up speed. As usual, it stems from the fact that York is in the middle of everything, as it has been for years.

The YDR story points to a marketing brochure that promotes Trade Center 83’s proximity to three interstates, two airports and and ports in three states.

As for the Gross family, a rancher with sentimental value was on land designated for the warehousing. So they contracted with a company to move it to a different site on remaining farmland. (Check out: East Manchester House moved to make way for mega warehouse.)

However common it’s becoming to see warehouses going up in York, Pa., it’s not a common sight to see a house on the move.

Here are pictures of three York/Adams buildings that have been relocated.