How do you ‘demall’ a mall? Look at York County’s Delco Market Place 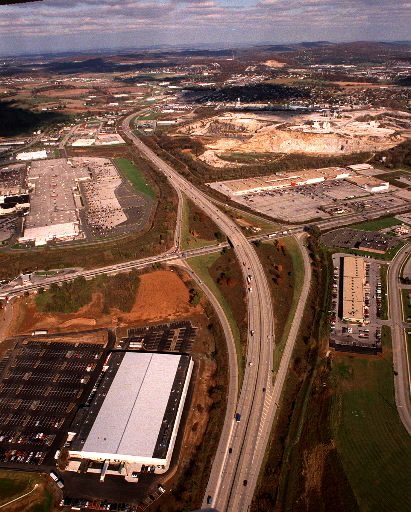 This 1990s aerial photo from York, Pa., Daily Record/Sunday News files shows the Delco Centre, right center, an enclosed mall, before it became Delco Market Place after ‘demalling,’ a post-2000 trend. A YDR story explained that to de-mall a mall, developers turn the shopping center inside out, designing stores so they face outward rather than inside. Plans call for a similar process to take place at the West Manchester Mall, left center. The YDR story noted that such a trend has already started at the early 1980s West Manchester Mall. Walmart is a standalone store. Also of interest: All aerial photos from the start.

Sandra Miles is looking for information about a local furniture manufacturer.

“I recently found a curly maple dresser with detachable mirror that had the Stewartstown Furniture Company label on the back. I can’t find anything anywhere about the company except that it started in 1903.

“Any ideas on this dresser?”

I referred her to the Stewartstown Historical Society as a resource. Maybe you can help too. 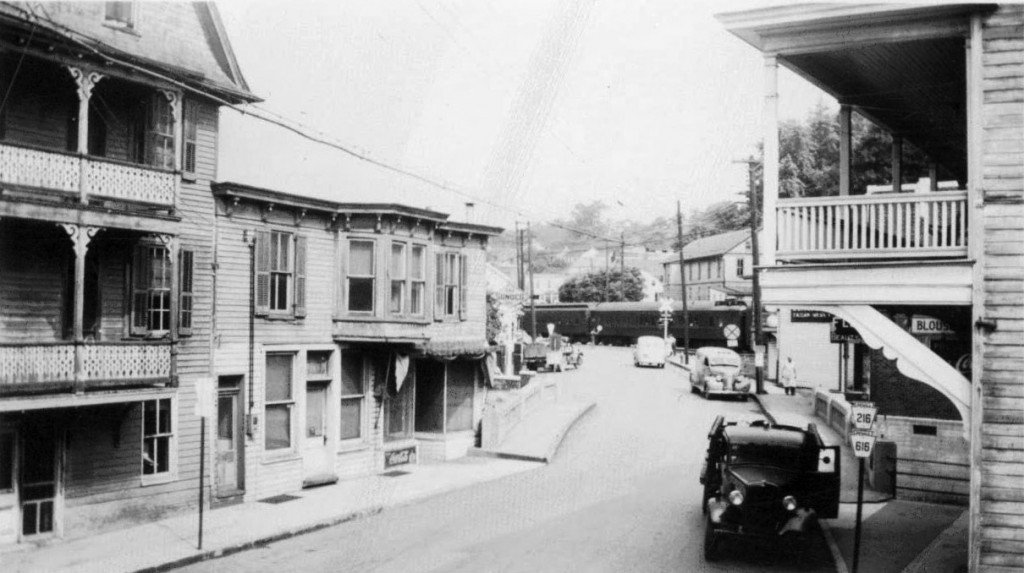 The Glen Rock Historic Preservation Society will hold its fourth Walk Around the Rock on Oct. 13, 2013, according to a news release. ‘Along the way you will learn what businesses existed in the downtown area along the tour route from the early beginning of the town up through the present,’ the release stated. The society’s museum also will be open. For details, contact John Hufnagel. For scores of stories and photos about the borough, check out: Glen Rock.

Following up: Ydr.com continues to follow the fortunes of some valuable Springettsbury Township space known as the Ettline property and Dollar General Store’s interest in acquiring it. 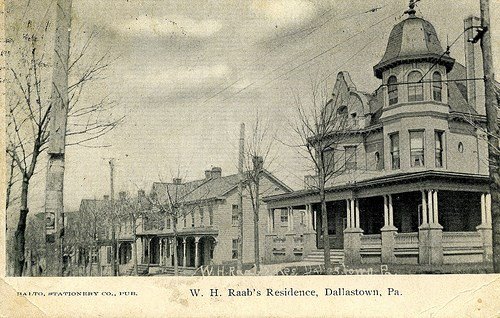 Days gone by: Ah, the Raab house in Dallastown, seen in this old postcard and a landmark today. Do you have any memories of this grand house or the nice town in which it stands? Have you ever wondered what it would be like to live in such a house? (Please comment below.) (More Dallastown photos here).