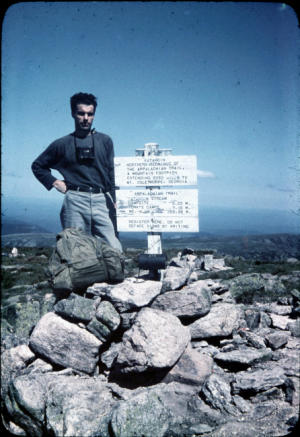 Earl Shaffer, a York native, is credited as the first person to thru-hike the Appalachian Trail. Here he is seen in 1948, at the northern end of the trail, Mount Katahdin in Maine. David Donaldson and Maurice J. Forrester have written ‘A Grip on the Mane of Life,’ a biography of Shaffer. Donaldson will present about Shaffer’s life and times at 2 p.m., Sunday, at the Appalachian Trail Museum at Pine Grove Furnace State Park in Gardners. The museum includes Shaffer artifacts. These details came from the York Daily Record story: Earl Shaffer biography. Also of interest: Earl Shaffer’s legend lives on and First Appalachian Trail through hiker: ‘Mention the name Earl Shaffer, it’s awe, integrity, respect’.

Forty-five years ago this month, York was in an uproar, plagued with what became known as the York race riots. This Picturing History segment shows one of the armored personnel carriers brought in to transport law enforcement and National Guardsmen who were working to restore order. This photograph became an iconic photos in York County history. For an explanation of that terrible moment in York’s history, check out: Where do you go for the best source about the York race riots and trials? and Helping to sort it out in York: Equations explain causes of late 1960s race riots. For a photo slideshow of scores of riot photos, check out: Media Center.
+++
Kelly’s Koins? 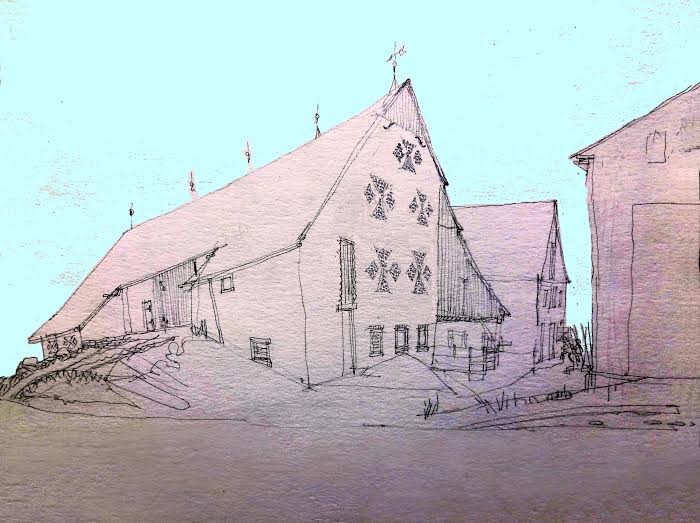 Another drawing, from Cliff Satterthwaite: ‘Hopefully this “mystery” barn and buildings still remain,’ Cliff wrote about this undate scene. ‘(N)ostalgia takes a back seat to money and real estate.’ +++ History mystery: This old swimming hole YDR Facebook post generated a lot of engagement. Click on the “goo.gl” link to join in.