How a York, Pa., man documented famous Masons – and even anti-Masons 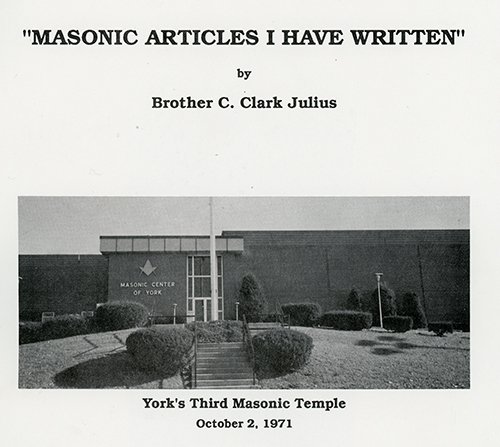 Author/educator/storyteller Judy Wolfman was visiting Country Meadows Retirement Community in West Manchester Township recently when someone handed her this compilation of ‘Masonic Articles I Have Written.’ C. Clark Julius wrote this as an author’s preface: ‘I am a historian and enjoy hunting prominent people and finding whether they are Masons. This lead to the 68 articles I have written and have again had many requests to put them in book form.’ Thus, the book, published in 1991. His essays include profiles on several notable people with York County ties – Thaddeus Stevens, Gen. Horatio Gates  and James Wilkinson, among others. According to ‘Masonic Articles,’ Stevens, the Civil War-era law and abolitionist, was an anti-Mason, and Revolutionary War officers Gates and Wilkinson were Masons. I told Judy I would deliver her gift – and Clark Julius labor of love – to the York County Heritage Trust’s Archives.

A bit more about Clark Julius below … . 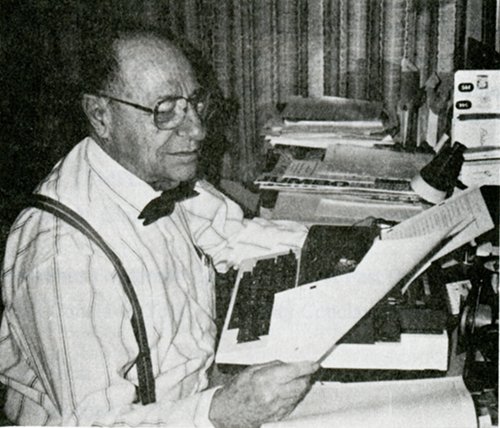 I’ve blogged on Clark Julius before. I met him in a visit to Country Meadows several years ago, and that encounter ended with this story: York Safe & Lock worker recalls chat with Hedy Lamarr. That worker was Clark, by the way. Clark Julius also wrote extensively about Masonic jewelry. For example, one book was titled ‘Masonic Timepieces, Rings, Balls, & Watch Fobs.’

He cited the importance of the marker observing the Civil War death of a black fighting man in Wrightsville as Exhibit A. Check out his full column: Historical markers. 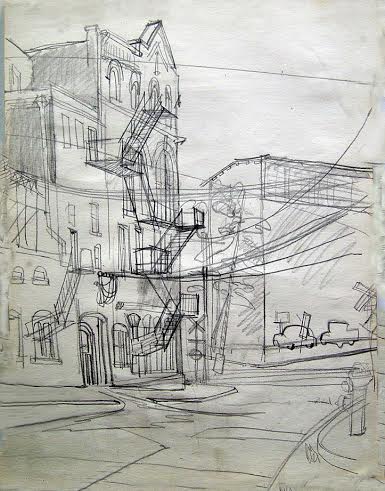 +++
The eye of the artist sees things others might not. Such may be the case with Cliff Satterthwaite’s view of this 1958 scene: ‘(T)all fire escapes are not significant ‘newsies’ to York, but I think, beautiful as well as utilitarian!’ Does anyone recognize this YorkPa building?

History mystery: Men march off to World War I, after America entered the war about 100 years