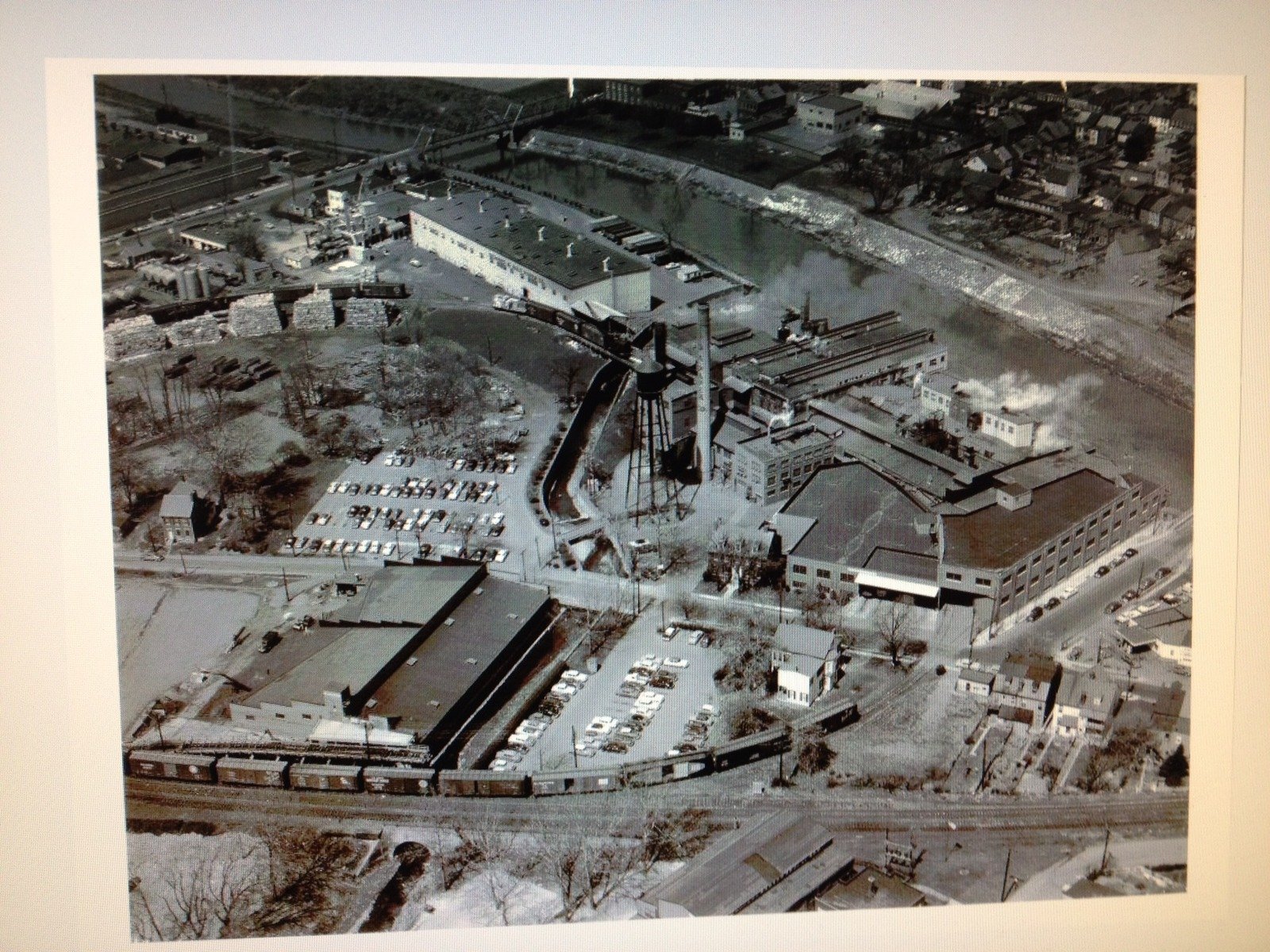 Matt Bupp sent in this clear aerial image of the old King’s Mill/Schmidt & Ault/Smurfit-Stone site along the Codorus Creek. He estimates that the photo of this maker of paper products was taken in the 1950s. The long-closed complex is now owned by York College of Pennsylvania, which just unveiled a refurbished sign on the complex’s side showing the Schmidt & Ault logo, plus high water marks from the 1933 and 1972 floods. This photo shows the 1812 manor house, center. York College of Pennsylvania officials say they have no plans to renovate either that historic structure or the old mill.  Notice the water tower and smokestack then on the site. Here’s a question for readers with a better eye than mine: Is that the now-demolished Codorus Street neighborhood on the north bank of the Codorus Creek Bridge? (If you click on the photo, it enlarges, showing more detail.) Also of interest: Check out all these aerial photos of York County and Penn Street Bridge: One spot says a lot.  and See this 2000 aerial view of the then-Smurfit-Stone site.

Steve McKee grew up in York County and went on to write about that experience in ‘My Father’s Heart.’ He was a journalist at the Wall Street Journal. He died in April.

I got to know Steve when he asked me to read a manuscript of his book, which also focused on battling heart disease and a complex father/son relationship. We corresponded for several years. I valued that relationship. He wrote a couple of guest columns in the York Sunday News.

If you want to learn about York in the late 1960s, check out “My Father’s Heart.” 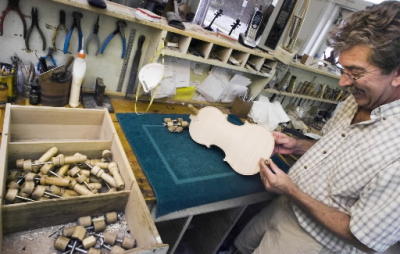 York County people have made paper products, as we saw at King’s Mill, and they made other wood products. Violins, for example. Here we see Mark Bluett of Bluett Bros. Violins at work. You can watch others making things in York as part of  York County’s Made in America tours set for June 18-21. Not all communities open their factories and businesses, but this longtime initiative is a coordinated event to tout York County’s prowess in making things.

Civil War pensions: Yes, America is still paying them, according to this Wall Street Journal report.

History mystery: Yorkblogger Stephen H. Smith first reported on this place, and interest is growing in its preservation. More to come on this, no doubt. Click on the links to comment or to learn more.