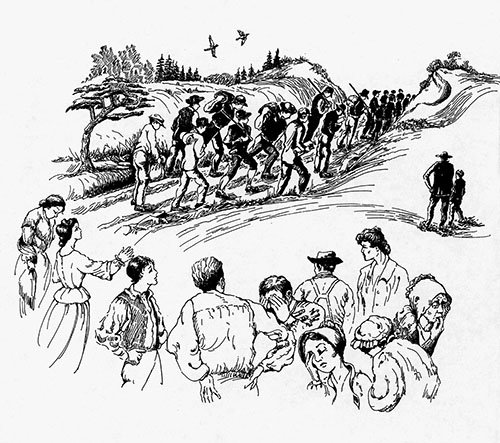 The York Rifle Company marches to Boston in 1775 after the call from Gen. George Washington reached York Town, Pa., for troops to support the fledgling Continental Army. Elizabeth Quinn sketched this scene of these early responders for the 1959 W. Walter Van Baman book ‘The Story of York Town.’ Also of interest: Continental Congress struggled into York, and delegates strutted back to Philly 9 months later.

In a YDR story, I had tied their trek to run in Boston a year after the bombings there to the York Rifles march there in 1775.

This brought an informed email from Joe, which offered me an opportunity to explore the York Rifles monument in York, Pa.’s, Salem Square: 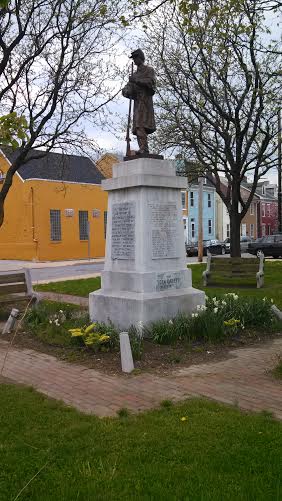 This Salem Square monument looks like – and is – a memorial to the early responding York Rifles of the Civil War. But a plaque on the monument’s front remembers the York Rifles of the American Revolution. For more about the statue, see: A tale of a headless soldier.

“For several years I have been attempting to track what I believe was a member of the York Rifles who apparently never returned from the mid to late 1775 foray. Casper Ruby (Jr?), born 1755, was the son of 1749 immigrant Casper Ruby who settled at Pork Hall on Water Street in LWT. That Casper had 7 children, 3 of which went off to war.

“The first was the enigmatic Junior for which we have precious little info, including only a totally unsupported 80 year old margin penciled anecdotal scribble that he was a ‘POW in Quebec and died there.’

“If that is true, he may very well have left with the York Rifles, trekking to Boston, and then perhaps as part of the Montgomery/Benedict Arnold expeditionary force & the ill fated attack on the fortification of Quebec on 12/31/75, where he would have been part of the 3rd Battalion’s  (LTD Daniel) ‘Morgan’s Riflemen’ from both Virginia & Pennsylvania. POW’s supposedly totaled 431 including 69 Riflemen and Morgan. Unknown others died fleeing south after the failed assault. I have been unable to locate any detail on, or any roster, of who these men might have been, and I’m very curious as to whether anyone from York has ever looked into this.”

“Interestingly, the REAL tough Riflemen trek of 1775 may not have been the 25 day march to Boston, but rather the subsequent epic but poorly planned and executed November approach to Quebec, UP the Kennebec, and through the Maine/Canadian wilderness. 1100 started and only about 600 made it, the others dying or turning back. The survivors were hardly battle ready or equipped upon their arrival.”

If you have any insight that can help Joe out in his research, please comment below. 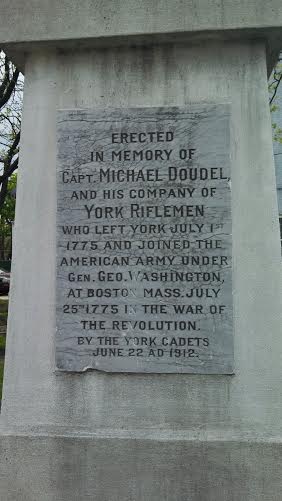 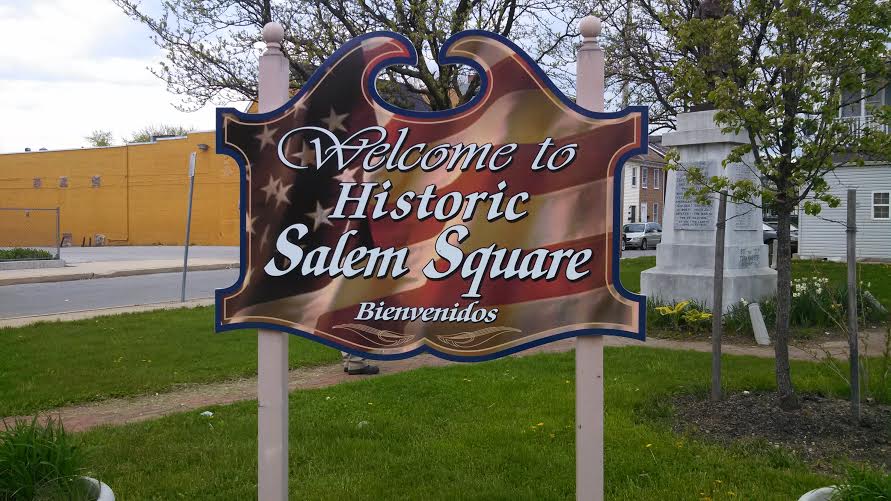 Salem Square park – and the Salem Square neighborhood of York – has been cleaned up and renovated. See this photo of a football game in the small park: Headless statue regains its noggin. 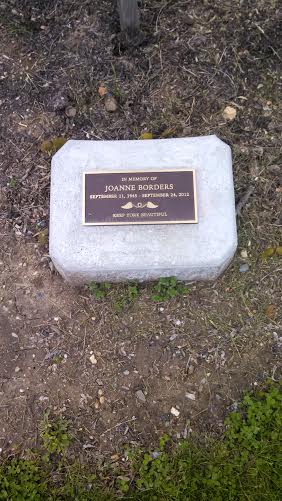 The late Joanne Borders, a black York city councilwoman, selflessly worked for years to improve the Salem Square neighborhood. This memorial to her efforts sits in Salem Square Park. Interesting, the York Rifles of the American Revolution fought to free America. Joe Brillhart’s email points to the unit’s heroism. The York Rifles of the Civil War helped free black people – to live unchained, productive lives as Americans. Salem Square Park, directly or indirectly, points to all these themes. 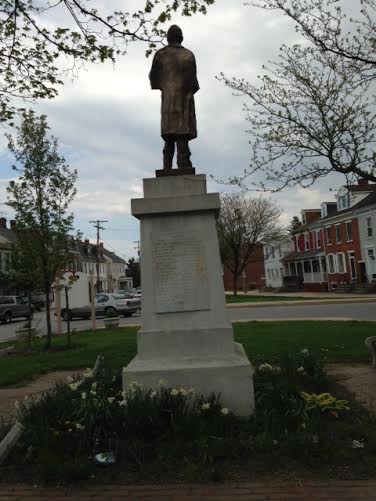 It was a big event when the Salem Square memorial was dedicated in 1912. Check out this photo of Civil War vets with the statue on dedication day. (Photo by Robert E. McClure III.)