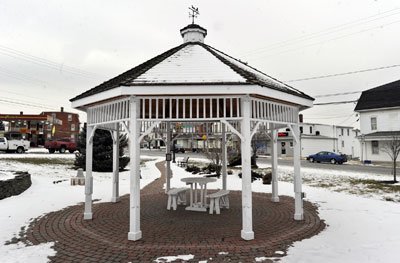 This little park is on the square of this neat York County, Pa. town. You might drive by it every day without thinking much about it. But it shows efforts to maintain community in a constantly changing county. This park sits on one of the corners of Manchester borough’s square. It’s the image that is tied to census information at YDR.com’s Census page. To find out about Manchester, check out: U.S. Census. Mount Wolf’s on there, too. Also of interest: Conewago crossing near Manchester hot spot for years.

When you think about Manchester, you automatically go to Mount Wolf, as well.

The two have been paired from their 19th-century beginnings. In fact, merger plans have been introduced over the years but haven’t gained traction..

The YDR’s Buffy Andrews, a native of that area, has developed a Facebook page to tie together those communities: I grew up in Manchester/Mount Wolf and surrounding areas – Pennsylvania.

Here’s a sample about Manchester/Mount Wolf carnivals from a page that already has more than 400 fans:

“I remember the carnivals at the Manchester Fire Company. This was BEFORE the addition to the fire company, and there was a grassy area where the addition now stands. The rides spilled over into the parking lot. And the fire company always made such great food. The chicken corn soup was to die for.”

Debra Weirich Damon: “I think there used to be one at Manchester fire company. But definitely remember the Mt. Wolf carnivals. My Dad worked at one if the stands selling chances every night so we would be there too. What great memories. Some nights we were allowed to stay and help count money inside the school when it was all over.”

Buffy writes about the page on her Buffy’s World blog about early posts on the FB page: “The memories were as thick and sweet and sticky as the hot blobs of mint we used to get from the Katharine Beecher factory on Main Street in Manchester.”

Hot blobs of mint? With memories like this, the Manchester/Mount Wolf page will at the top of the many such community pages going up around York County. Memories make communities strong. 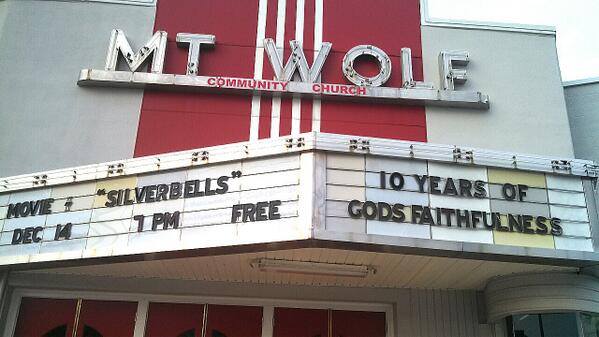 This image of the old Mount Wolf theater, part of the Manchester/Mount Wolf area drew memories on my FB page.

Where does this wood carving sit?