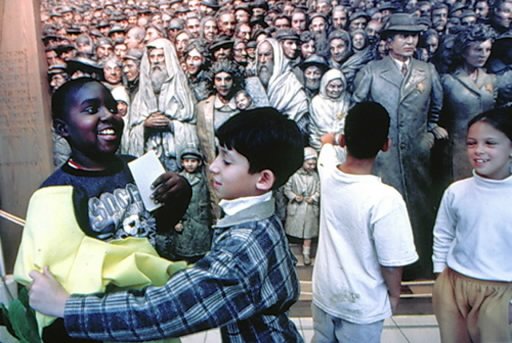 A haunting, memorable visit on any Sunday afternoon drive (tour route) is to see “The Six Million” memorial at the Jewish Community Center.
Internationally recognized sculptor Don Briddell produced the 20-foot by 9-foot Holocaust memorial.
The sculpture, unveiled in May 1997, was molded in clay, cast in resin and then painted.
A brochure Six Million accompanying the sculpture is right on in saying the work portrays an endless sea of men, women and children as they step forward from the darkness of the past into the light of today’s world.
Their faces seem real, taken from photographs of those who died in the Holocaust… .