History mystery photo: You might think this is Halloween garb, but wrong holiday 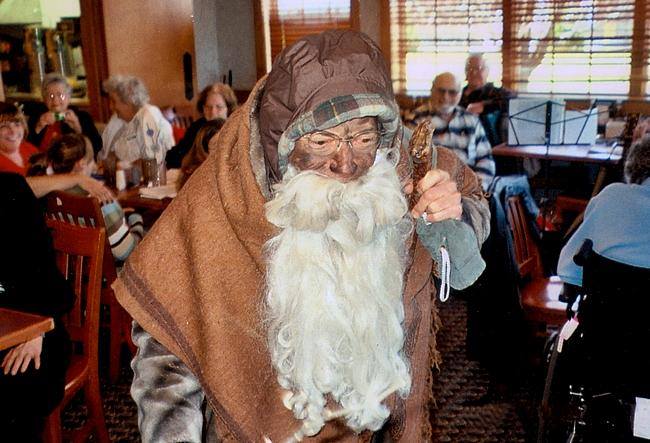 York, Pa., history mystery person: Wrong holiday. This isn’t Halloween garb, as maybe you thought at first. What holiday is this figure associated with, and what are figures such as this one commonly called? Also of interest: History mystery photo: This angry-looking lion’s head is sure to fend off vandals.

Longtime York County families leaving our farmers markets. This one, the Weavers from Farmers Market in the western part of the city.

See Mike Argento’s take on this here and discussion on The Exchange here.

Lincoln landmarks: This story reminds you of wonderful historical sites west of York on the old Lincoln Highway.

Creepy abandoned amusement parks: Yes, a roadtripper’s paradise. This one is in West Virginia – Lake Shawnee.

Boyertown: Yes, this researcher wants to know everything there is to know about Boyers in America and beyond. Check out this piece by the YDR’s Lauren Boyer. Yes, Lauren Boyer.

History mystery answer: *Answer to above history mystery person quiz: Lisa Manry gave this summary on Ydr’s Facebook page  –  Belsnickle or something like that? Guy that leaves coal in your shoes and beats you with the stick. German Christmas. And Michael Steven Reigart Jr. provided this insight. “That’s my Uncle Butch, he’s awesome.”  Lisa and Michael are correct. Here’s a  York Town Square post about Belsnickle or Belsnickel, associated with Christmas.